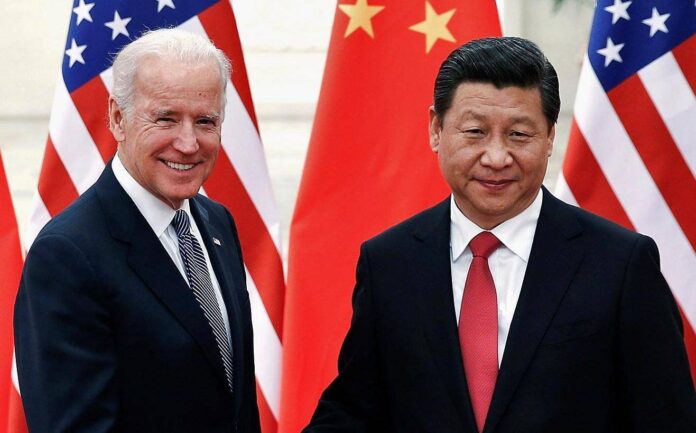 US President Joe Biden and his china’s counterpart Xi Jinping have agreed to abide by an agreement on Taiwan amid recent tensions, Washington says.

“I’ve spoken with Xi about Taiwan. We agree… we’ll abide by the Taiwan agreement,” Biden said at a press briefing at the White House on Tuesday, adding, “We made it clear that I don’t think he should be doing anything other than abiding by the agreement.”

It wasn’t immediately clear what agreement Biden was referring to, but he appeared to be reiterating the “One China” policy, under which the US recognizes Chinese sovereignty over Chinese Taipei.

Biden also seemed to be referring to the “Taiwan Relations Act”, which makes clear that Washington’s decision to establish diplomatic ties with Beijing instead of Taipei rests upon the expectation that the future of the self-governed island will be determined by peaceful means.

Following Biden’s remarks, Chinese Taipei’s foreign ministry announced it had sought clarification from the US and had been reassured that Washington’s policy toward the island had not changed.

China considers Chinese Taipei a breakaway province that should be reunited with the mainland. Under the “One China” policy, almost all world countries recognize that sovereignty. The US, too, recognizes Chinese sovereignty but has long courted Taipei in an attempt to unnerve Beijing.

On Wednesday, Taipei’s defense minister Chiu Kuo-cheng warned that China already had the ability to invade the self-ruled island but would be completely prepared to mount a full-scale invasion by 2025.

“By 2025, China will bring the cost and attrition to its lowest. It has the capacity now, but it will not start a war easily, having to take many other things into consideration,” he stated at a parliamentary committee.

Chiu further described the current situation as “the most serious” in the more than 40 years since he joined the military, adding that there was a risk of a “misfire” across the strategic Taiwan Strait.

“For me as a military man, the urgency is right in front of me,” he added.

His comments came as Taipei’s legislature reviewed an extra military spending of $8.6 billion for home-made weapons, including missiles and warships. The defense ministry pointed to China’s increased military spending and alleged, stepped-up Chinese air force and navy activity near Taipei.

“The military threats and provocation are even more than before,” the ministry said, adding that any crisis was likely to escalate fast.

The US State Department accused China of “provocative military activity” by flying dozens of fighter jets as part of an air power show near the self-governed island. In response, China called on the US to withdraw support for anti-Beijing separatist forces in Chinese Taipei.

China has in the past said its military exercises near Chinese Taipei are a “solemn warning” to secessionist factions in the self-ruled island and their foreign backers, particularly the United States.

China has also warned Taipei against playing with fire, saying “war may be triggered at any time”.

Chiu’s commentary follows similar remarks voiced by Taiwanese President Tsai Ing Wen, who recently called on the US to up its presence in the region. In a submission for the New York-based media outlet Foreign Affairs, Tsai wrote that there would be “catastrophic” consequences if Taiwan were to fall.

Meanwhile, US National Security Adviser Jake Sullivan is due to hold talks with Chinese foreign policy adviser Yang Jiechi in the Swiss city of Zurich later in the day.

The meeting comes at a time of heightened tensions between the world’s two largest economies over a range of issues, including trade and Chinese Taipei.

In a statement, the White House announced that the meeting follows up on Biden’s call with Xi last month.

The meeting will be Sullivan’s first face-to-face meeting with Yang since their summit in Alaska in March, which also involved US Secretary of State Antony Blinken and ended without reaching an agreement.

China’s Foreign Ministry also stated in a brief statement that Yang and Sullivan will “exchange views on China-US relations and relevant issues” during their Zurich meeting.

With trade tensions also at the top of the US-China agenda, US Trade Representative Katherine Tai has expressed hope to hold discussions soon with Chinese counterparts.

The Global Times, a Chinese state-run tabloid, also reported China is willing to build mutually beneficial trade with the US but will not make concessions on principle and is not afraid of a drawn-out contest.