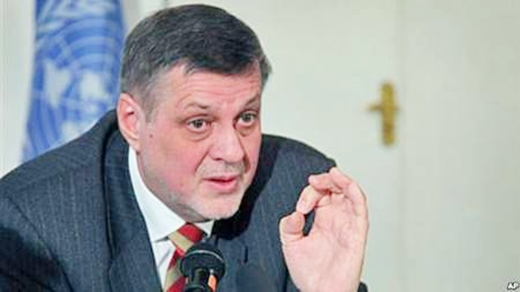 He made the remarks in a meeting with Chairman of Iran’s Expediency Council Ayatollah Akbar Hashemi Rafsanjani.

The official lauded Iran’s support for the Iraqi nation against ISIS, adding that the use of chemical weapons by ISIS threatens the security of Iraq, the region and the world.

He expressed regret over the spread of human catastrophes in Iraq due to terrorist activities, and the financial crisis resulting from the decline in oil revenues.

The UN envoy stressed that Iraq’s sovereignty and national unity should be protected.

He urged the international community to help the Iraqi people fight ISIS as an enemy of mankind.