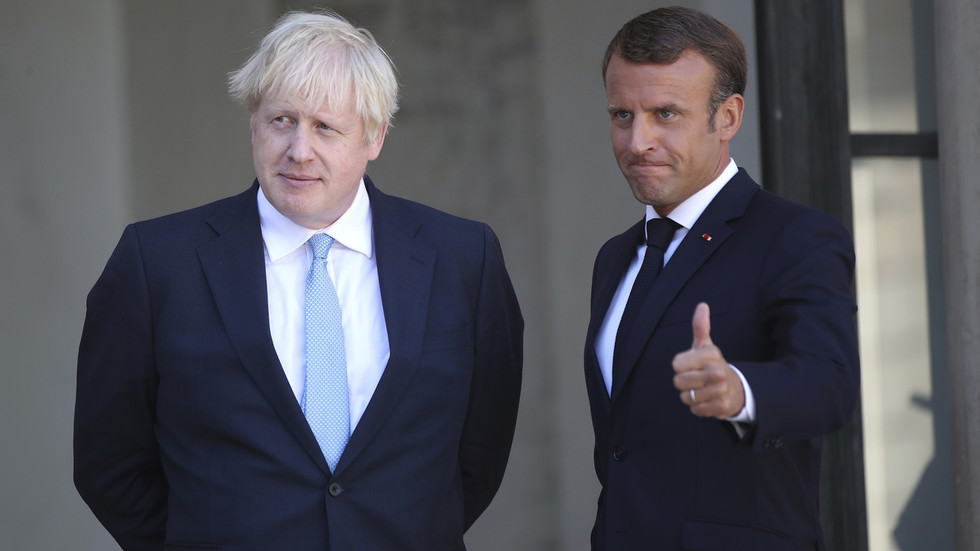 UK Prime Minister Boris Johnson has told French President Emmanuel Macron he wants to “re-establish cooperation” between the two, in the wake of the AUKUS pact row.

A description of the conversation from Macron’s office said the prime minister sought the call on Friday, and expressed the hope that the countries could resume cooperation “in line with our values and our common interests”.

In response, the French president told Johnson “he is awaiting his proposals” on how to do this, the brief statement from the Élysée added.

A more lengthy Downing Street readout of the call omitted this last detail, instead saying the pair “reaffirmed the importance of the UK-France relationship and agreed to continue working closely together around the world on our shared agenda, through NATO and bilaterally”.

“The leaders noted in particular the strategic significance of our longstanding cooperation in the Indo-Pacific and in Africa, including through the joint mission in Mali,” it added.

The prime minister on Thursday urged the French to “prenez un grip about this and donnez-moi un break” – to “get a grip” and “give me a break” – over the fallout from the Aukus deal.

Relations between the two countries were already facing strain over the repercussions of Brexit and the UK’s desire for France to limit the number of refugees and migrants crossing the Channel.

Tensions rose last week after the UK’s decision to join the US and Australia in the Aukus pact, leading Canberra to cancel a £48bn submarine contract with France and replace it with nuclear technology from the UK and US, an arrangement negotiated without any prior French knowledge.

France recalled its ambassadors to the US and Australia for consultations about what was termed the “exceptional seriousness” of Canberra’s decision to cancel the order. While the French ambassador in London remained in place, this was only because France considered the UK a “junior partner” in the affair, the French Europe minister, Clément Beaune, stated.

During a visit to Washington this week, Johnson further deepened the row by claiming the UK, US and Australia had been “a bit taken aback by the strength of the French reaction” over Aukus.

The Downing Street statement said Johnson and Macron agreed to “intensify cooperation” on Channel crossings, the Northern Ireland protocol and post-Brexit fishing licences. The former two issues are notably bigger domestic political issues in the UK than in France.

It added, “The prime minister also looked forward to welcoming President Macron to Glasgow in November for Cop26, and they discussed the importance of increased international action ahead of the summit on climate finance and net zero commitments.”

On Thursday, French Foreign Minister Jean-Yves Le Drian told his US counterpart Antony Blinken the way out of a diplomatic crisis between France and the US over a submarine deal will “take time and require actions”.

The meeting of Blinken and Le Drian came after U.S. President Joe Biden and Macron spoke by telephone on Wednesday and agreed to launch in-depth consultations to rebuild trust between the two NATO allies. They also agreed to meet in Europe at the end of October.
Le Drian said in a statement he had discussed with Blinken at the United Nations in New York “the terms and main issues” to be addressed during those in-depth consultations.

The U.S. State Department said Blinken and Le Drian had also discussed cooperation between the United States and European countries including France in the Indo-Pacific region.

Blinken stated in a press conference later on Thursday that he was committed to working closely with Le Drian on the consultations.

“We recognize this will take time and hard work and will be demonstrated not only in words, but in deeds,” Blinken added.

“I am convinced that our interests together are so strong and the values that we share so unshakable that we will carry forward and get some good work done,” he continued.