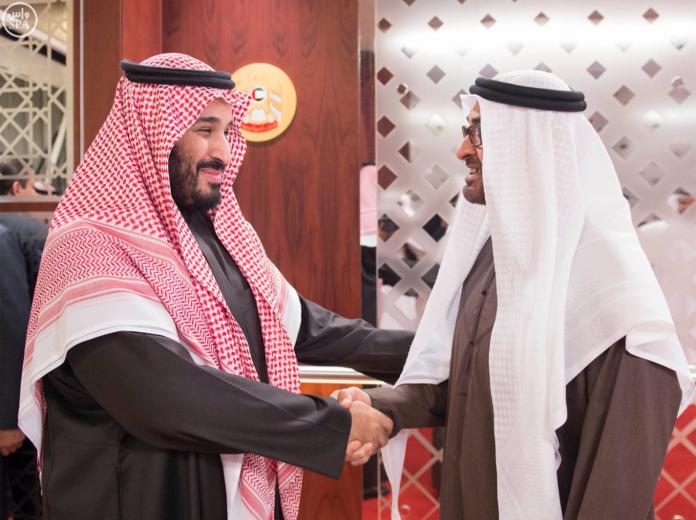 Reports indicate that the Emirati ruler Mohammed bin Zayed is supporting a plan to install the young Saudi deputy crown prince Mohammed bin Salman as the king of Saudi Arabia 'by end of the year'.

Prince Mohammed is being advised by Sheikh Zayed on how he can win backing from the US and become king by the end of 2016, Middle East Eye reported.

The first Saudi source said bin Zayed has told bin Salman that he must “end the rule of Wahhabism” if he wants to be accepted by the Americans, the online news portal reported on June 29.

Wahhabism is the radical ideology dominating Saudi Arabia which has inspired Takfiri groups such as ISIS and al-Qaeda-linked Nusra Front to wreak havoc in the Middle East, Press TV reported.

Bin Zayed has also told bin Salman that he must open a “strong channel of communication” with Israel if he is to be Washington’s preferred candidate to be king, the report added.

The second Saudi source reportedly said bin Salman is willing to win the backing of Washington after telling close associates recently that he would complete the mission of becoming king before the end of the year.

The 30-year-old bin Salman, who also serves as the Saudi defense minister, has been granted increasing power since he was named the third in line to the throne last April.

He is heading up the country’s economic reforms plan, the kingdom’s policy towards Syria and its deadly aggression against Yemen.

The young prince’s meteoric rise, however, has sparked tensions within the Saudi royal family.

According to the report, bin Salman would seek to fundamentally change the role of religion in the kingdom on bin Zayed’s advice.

One of the two Saudi sources said that bin Salman plans to cancel the Council of Senior Scholars, which is the kingdom’s highest religious body, and stop all activities that serve Wahhabism.

“The aim will be for him [bin Salman] to be hailed as a hero by the press, Congress, and academia, so that the [US] administration is forced to follow.”

Such a plan is highly risky given the influence of religious bodies in the kingdom and could lead to a serious showdown.

Israel has covert ties with Arab states despite their claims that they would normalize relations with Tel Aviv only when it reaches a deal with the Palestinians.

In April, the Jerusalem Post wrote that “rather than being isolated, Israel is being incorporated into the Saudi-led orbit,” citing the opening of a mission in Abu Dhabi and increasing contacts in the Persian Gulf States.

One of the Saudi sources said Washington could be swayed into supporting bin Salman’s bid to be king if he could achieve good communication with Israel, even if the Americans like their long-time ally bin Nayef.

Bin Nayef may be the first in line to throne but his quietness – and bin Salman’s prominence – has led many to conclude the experienced 56-year-old’s power is waning.

“We’ve put a lot of markers down on Mohammed bin Nayef. It’s the smart move to do the same with bin Salman. It’s an opportunity to get to know him,” Bruce Riedel, an ex-national intelligence officer and a member of Obama’s transition team, said.