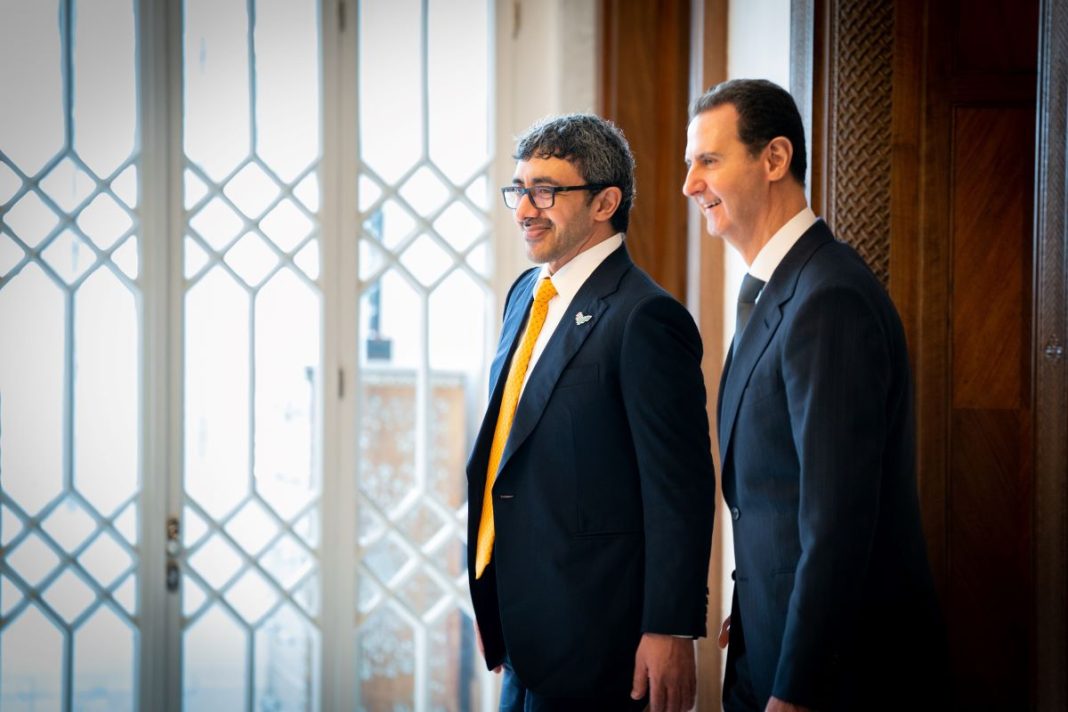 The United Arab Emirates' foreign minister has visited Syria and met with President Bashar al-Assad in the capital Damascus, in yet another sign of Arab countries' efforts to normalize ties with Syria.

Abdullah bin Zayed Al Nahyan touched down in Damascus at the head of a high-ranking political delegation on Wednesday, and was welcomed by President Assad, the official Syrian Arab News Agency (SANA) reported.

The two discussed the “distinguished brotherly relations” between the states and “means of enhancing economic and trade relations in the interests of the two countries and peoples,” the agency added.

Assad described the relations as “historic”, calling for the ties to be restored to their former levels, and hailing the UAE’s “positive role” among the region’s Arab countries.

The Emirati minister expressed his country’s support for “Syria’s stability and sovereignty all over its lands,” saying that Abu Dhabi was confident that the Syrian people would restore their country to its former level of development and prosperity.

Abu Dhabi cut off its relations with Damascus in 2011, after foreign-backed terrorism broke out in the Syria.

The UAE and several other regional Arab states began throwing support behind the militants, who were trying to topple Assad’s government.

However, Several Arab countries have recently started to restore ties with Damascus after Syria vanquished the foreign-backed terrorist groups and clawed back huge swaths of its territory from the Takfiri groups.

Al Nahyan had last traveled to Syria in November 2021 as means of re-initiating the countries’ ties.

Months later, in March 2022, Assad visited the UAE, his first visit to an Arab state since the start of the foreign-backed violence.

The trip was followed by a visit to Syria by Algerian Foreign Minister Ramtan al-Amamra, who hailed Damascus as an important player on the Arab arena, and asserted that the Arab world needs Syria.

Omani Foreign Minister Sayyid Badr al-Busaidi also paid a visit to the Syrian capital in November, meeting with Assad, who underlined the need for an open and transparent dialog among Arab countries in order to address ongoing conflicts and challenges in the region.