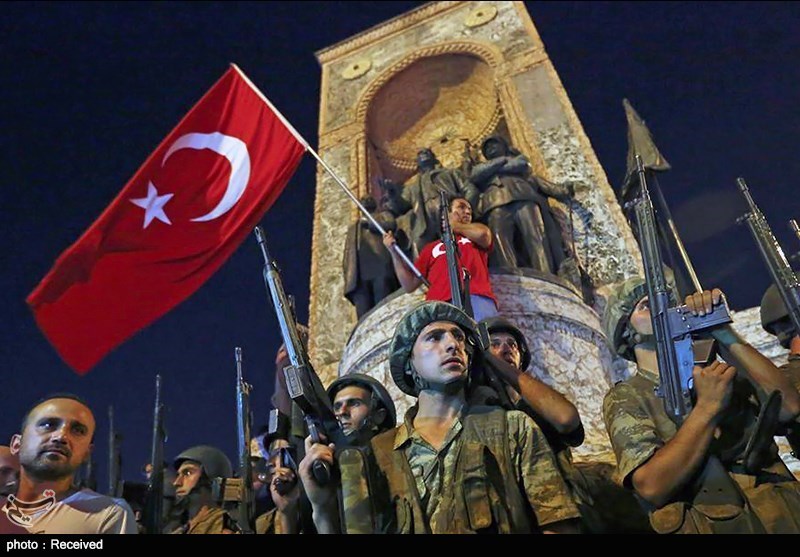 An attempted Turkish military coup appeared to crumble in the early hours of Saturday, July 16, after crowds answered Turkish President Tayyip Erdoğan's call to take to the streets to support him.

Erdoğan, who had been holidaying on the southwest coast when the coup was launched by a faction in the armed forces, flew into Istanbul before dawn on Saturday and was shown on TV appearing among a crowd of supporters outside Ataturk Airport.

Soldiers took control of the airport soon after Erdoğan had landed, Reuters’ witnesses said. A senior official later said the soldiers were loyal to the government.

Rebel soldiers who had taken control of military aircraft were still firing from the air early on Saturday and fighter jets had been scrambled to intercept them, Turkish Prime Minister Binali Yıldırım said, underscoring the chaotic situation.

Gunfire and explosions rocked both the main city Istanbul and capital Ankara in a chaotic night after soldiers took up positions in both cities and ordered state television to read out a statement declaring they had taken power.

A senior official said 42 people had been killed in the violence in Ankara alone, most of them civilians. More deaths were also reported in Istanbul. 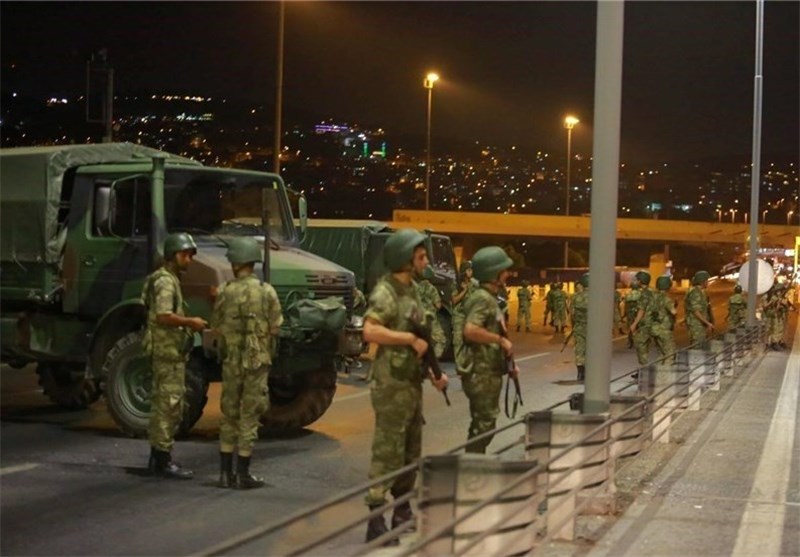 Early on Saturday, Reuters’ journalists saw around 30 pro-coup soldiers surrender their weapons after being surrounded by armed police in Istanbul’s central Taksim square.

They were taken away in police vans as a fighter jet repeatedly screeched overhead at low altitude, causing a boom that shook surrounding buildings and shattered windows.

A successful overthrow of Erdoğan, who has ruled Turkey since 2003, would have marked one of the biggest shifts in the Middle East in years, transforming one of the most important US allies while war rages on its border. A failed coup attempt could still destabilize a pivotal country.

Before returning to Istanbul, Erdoğan appeared in a video call to the studio of the Turkish sister channel of CNN, where an announcer held up a mobile phone to the camera to show him. He called on Turks to take to the streets to defend his government and said the coup plotters would pay a heavy price.

By the early hours of Saturday, lawmakers were still hiding in shelters inside the parliament building in Ankara, which was being fired on by tanks. Smoke rose up from nearby, Reuters’ witnesses said. An opposition MP told Reuters that the parliament was hit three times and that people had been wounded.

A Turkish military commander said fighter jets had shot down a helicopter used by the coup plotters over Ankara. State-run Anadolu news agency said 17 police were killed at Special Forces headquarters there. 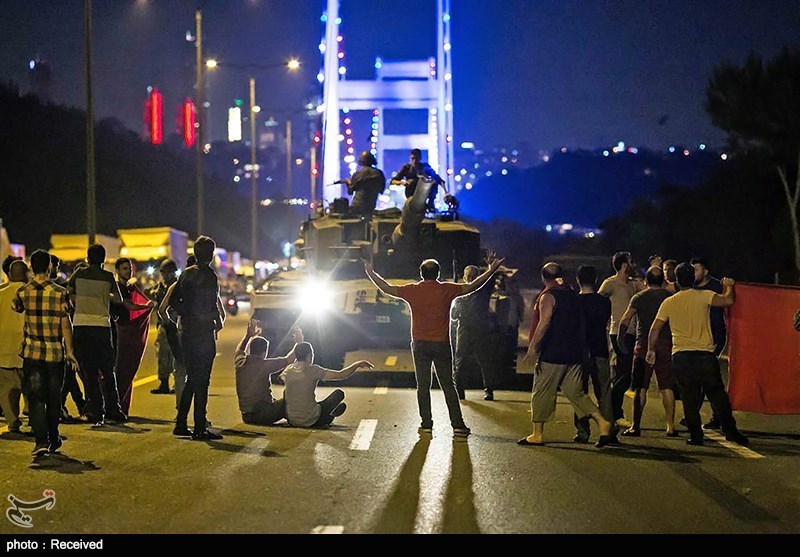 Momentum turned against the coup plotters as the night wore on. Crowds defied orders to stay indoors, gathering at major squares in Istanbul and Ankara, waving flags and chanting.

“We have a prime minister, we have a chief of command, we’re not going to leave this country to degenerates,” shouted one man, as groups of government supporters climbed onto a tank near Ataturk airport.

Erdoğan and other officials blamed the attempted coup on followers of Fethullah Gülen, an influential cleric in self-imposed exile in the United States who once supported Erdoğan but became a nemesis.

The pro-Gülen Alliance for Shared Values said it condemned any military intervention in domestic politics.

The coup began with warplanes and helicopters roaring over Ankara and troops moving in to seal off the bridges over the Bosphorus Strait that links Europe and Asia in Istanbul.

Reuters’ reporters saw a helicopter open fire in Ankara. Anadolu said military helicopters had fired on the headquarters of the intelligence agency.

Soldiers took control of TRT state television, which announced a countrywide curfew and martial law. An announcer read a statement on the orders of the military that accused the government of eroding the democratic and secular rule of law. Turkey would be run by a “peace council” that would ensure the safety of the population, the statement said.

TRT went off the air shortly afterwards. It resumed broadcasting in the early hours of Saturday.

Anadolu said the chief of Turkey’s military staff was among people taken “hostage” in the capital Ankara but Prime Minister Yıldırım later said he was back in control.

The coup had appeared strong early on Friday evening. A senior EU source monitoring the situation said: “It looks like a relatively well-orchestrated coup by a significant body of the military, not just a few colonels … They control several strategic points in Istanbul.”

One European diplomat was dining with the Turkish ambassador to a European capital when guests were interrupted by the pinging of urgent news on their mobile phones.

“This is clearly not some tinpot little coup. The Turkish ambassador was clearly shocked and is taking it very seriously,” the diplomat told Reuters as the dinner party broke up. “However it looks in the morning, this will have massive implications for Turkey. This has not come out of nowhere.” 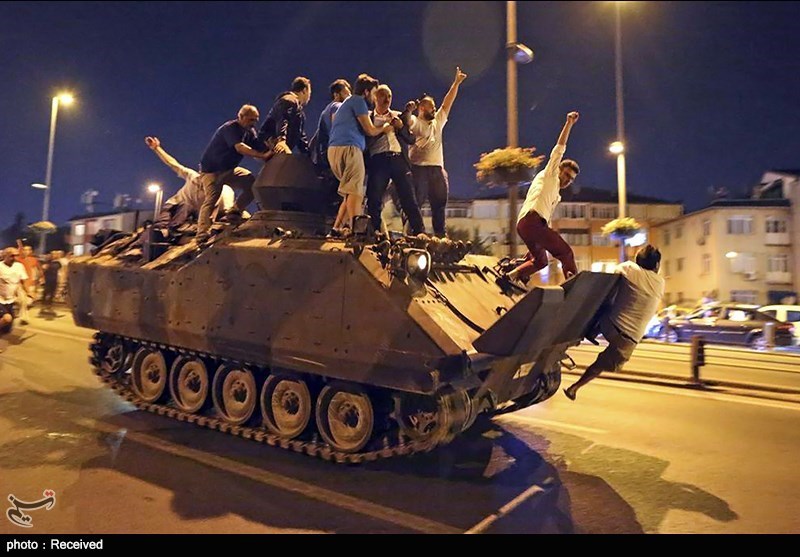