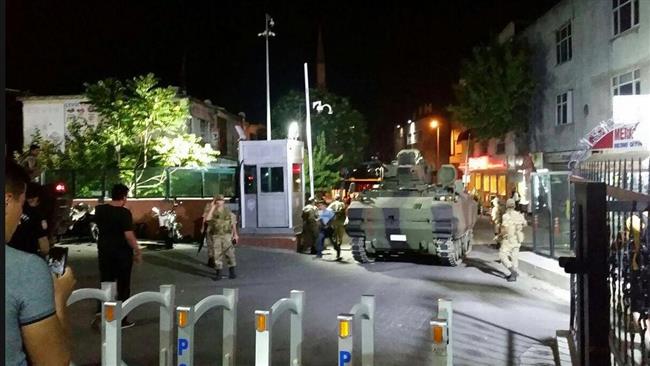 The Turkish army says it has taken power over the country and that the rule of law must remain a priority.

“The power in the country has been seized in its entirety,” said a military statement read on NTV television, without giving further details.

The country’s state news agency reports that Turkey’s top general is being “held hostage” at the military headquarters.

Earlier, Turkish Prime Minister Binali Yildirim said an “illegal attempt” by “a group” in the military was underway in the country and security forces were taking necessary measures to resolve the situation.

He said those involved in the coup attempt will “pay the highest price”.

Turkish broadcaster NTV is airing footage of tanks at the entrance to Istanbul’s Ataturk airport.

Gunfire can be heard across the Turkish capital of Ankara as military warplanes and helicopters are flying low over the city.

Helicopters have also been flying over Istanbul, the country’s biggest city, whose Bosphorus and Fatih Sultan Mehmet bridges are reported to have been closed by military forces.