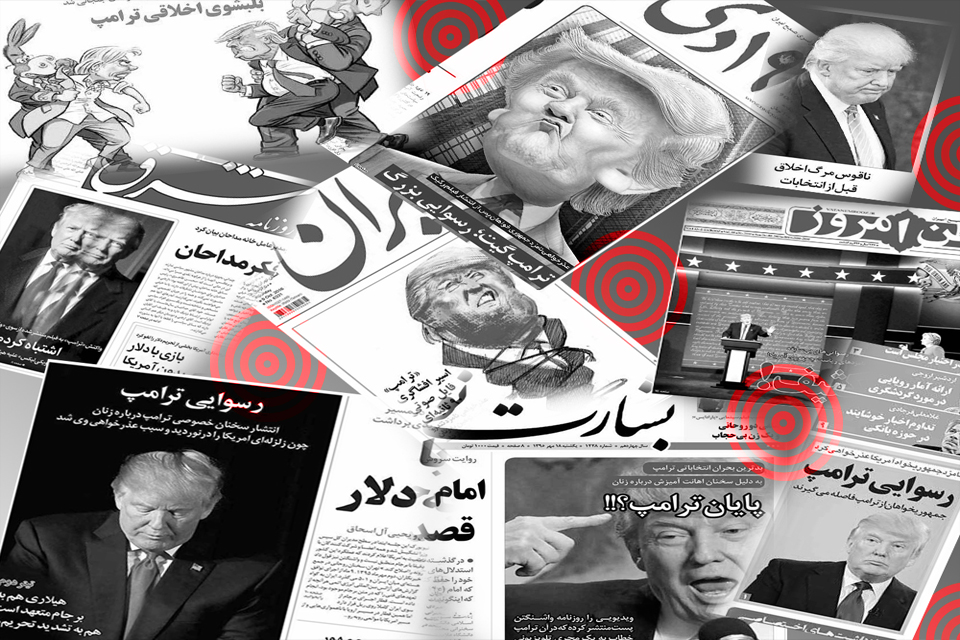 The obscene sexual remarks by US Presidential candidate Donald Trump, which were caught on tape in 2005 and led to a scandal for him ahead of the upcoming US election, were widely covered in Iranian newspapers on Sunday.

Here are 19 newspapers that covered Trump’s scandal in their front page headlines: 2- Trump’s Disability against the Power of Media [Editorial] Trump Scandal: Republicans to Distance Themselves from Trump

End of Trump? Worst Electoral Crisis for Trump Because of His Insulting Remarks about Women New Trouble for Trump in US Presidential Elections Trump’s Scandal: Release of Trump’s Remarks about Women Hits US Like an Earthquake and Leads to His Apology A Dangerous Weapon Named Washington Post: How a Website Close to Democrats Revealed Documents against Trump and Changed Fate of Elections? Trump in Trouble after Leakage of 90-Second Audio File: Radical Candidate’s Apology for His Insult to Women Was Not Useful Death of Ethics ahead of US Elections Trump on Verge of Collapse: Worst Crisis for GOP Candidate Extramarital Relationship with Greedy Women: Trump Troubled by a Video Trump’s Reaction to Washington Post’s Video: I Made a Mistake I Won’t Withdraw from US Election: Trump Says in Spite of Recent Scandal