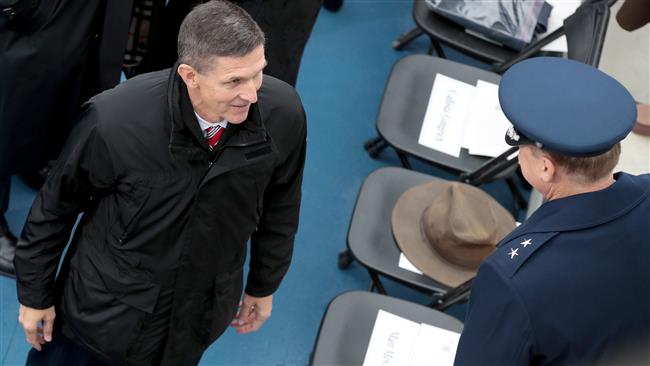 A top adviser to US President Donald Trump says the country has put Tehran “on notice” over Iran’s missile program.

“We are officially putting Iran on notice,” said White House national security adviser Michael Flynn in a statement on Wednesday.

Flynn repeated the US claims that ballistic missile tests violate a UN Security Council resolution that endorsed Iran’s nuclear deal with the world powers, including Washington.

UN Security Council Resolution 2231 calls on Iran “not to undertake any activity related to ballistic missiles designed to be capable of delivering nuclear weapons, including launches using such ballistic missile technology.”

Iran’s defensive ballistic missile program has been a bone of contention with the West. Tehran says its missile tests do not breach UN resolutions because they are solely for defense purposes and not designed to carry nuclear warheads.

Arms control experts have also said that Iran’s missile tests are not banned under the nuclear agreement and the UNSC resolution, because Iran’s missiles are not meant to deliver nuclear warheads.

In a typically Trumpish tone, Flynn stated that “Instead of being thankful to the United States for these agreements, Iran is now feeling emboldened.”

Resolution 2231 was adopted in July 2015 to endorse a nuclear agreement, known as the Joint Comprehensive Plan of Action (JCPOA), between Iran and the P5+1 group of countries, also including the UK, Russia, Germany, China and France.

In a statement issued on Wednesday, a total of 220 Iranian lawmakers highlighted the “deterrence strategy” in Iran’s missile program.