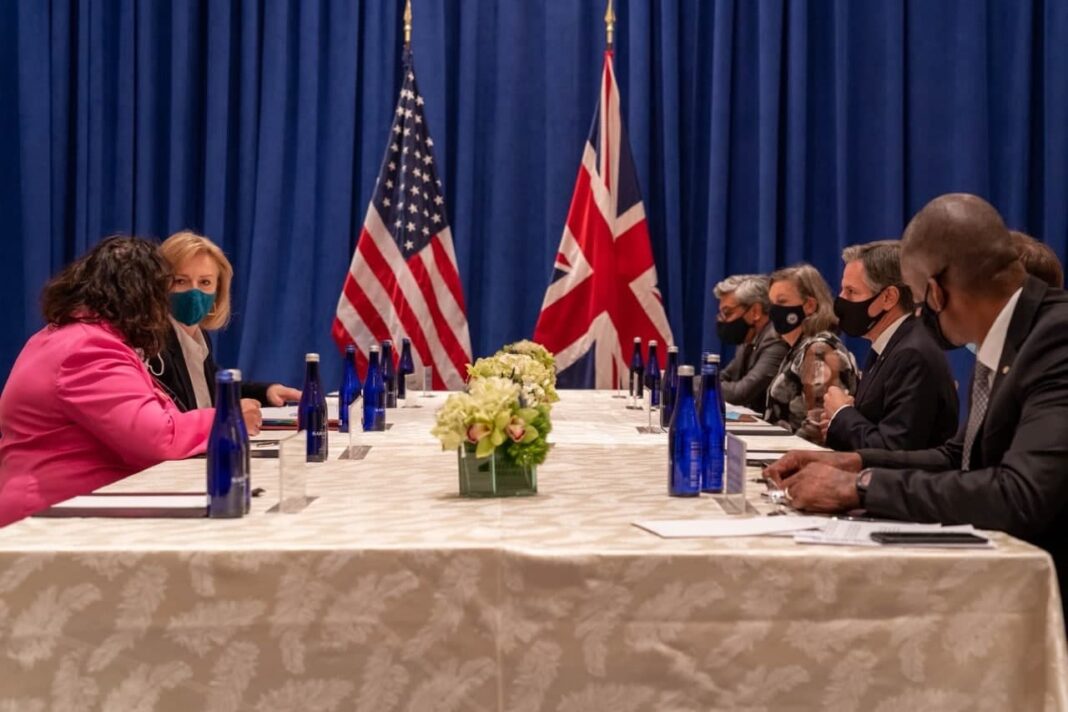 US Secretary of State Antony Blinken met with newly appointed UK Foreign Secretary Elizabeth Truss on the sidelines of the U.N. General Assembly in New York on Monday and discussed various issues including Iran and Afghanistan.

Blinken and Truss discussed a range of issues, including the situation in Afghanistan, tackling the climate crisis, Iran, a free and open Indo-Pacific, and deepening economic ties.

The US secretary of state also wrote on Twitter he had a great first in-person meeting with the UK foreign secretary to discuss shared priorities, “from Iran and Afghanistan to a free and open Indo-Pacific”.

Britain’s foreign office also announced Truss met Blinken during the U.N. General Assembly in New York and held discussions on Iran, Afghanistan and the trilateral security partnership between the U.S., Australia and the UK.

The UK Foreign Office added Britain and the United States agreed on the need for Iran to return to negotiations in Vienna on the Joint Comprehensive Plan of Action (JCPOA).