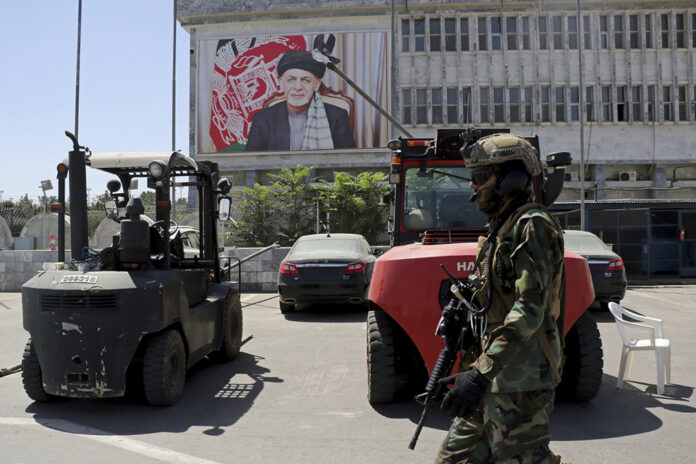 Michael McCaul (Texas), the top Republican on the House Intelligence Committee, said on Sunday that the situation in Afghanistan is “worse” than before the September 11 terrorist attacks because the Taliban is “fully armed” with US weaponry.

McCaul, when asked by host Chris Wallace on “Fox News Sunday” how he assesses the terror threat from Afghanistan now that the Taliban has taken control, stated circumstances are worse than they were before the 2001 terrorist attacks.

“We’re going back to pre-9/11 right now but it’s worse, it’s worse because now they’re fully armed with our weapons, our helicopters and pallets of our cash,” added McCaul.

When pressed on how he sees the US ability to “deal with” the terror threat in Afghanistan without US troops stationed there, McCaul noted America’s capabilities are “greatly exaggerated” because Afghanistan is landlocked and surrounded by “enemies” that “have now been emboldened by this foreign policy blunder”.

He also said that officials “have to establish that ISR [intelligence, surveillance, reconnaissance], you know somewhere over the horizon capability means flying from the Gulf, probably countries like Qatar, which would be, you know, anywhere from six to eight hours, having to fly, you know, around Iran over Pakistan, get refueling”.

“When I talk to anybody in the military they tell me this is not adequate for us to have ISR capability, well we need to see, eyes and ears on the ground, to see the threat so that we can respond to the threat and eliminate it,” he added.

When asked about reports that the Taliban are carrying out mass killings of former Afghan government officials and former Afghan defense forces, McCaul stressed the insurgent group is not “new and improved”, but instead is reverting back to the “brutal” tactics it used when it was last in power.

He also said six airplanes carrying American citizens and Afghan allies are sitting at an airport in Afghanistan trying to depart but that the Taliban are “holding them hostage for demands”.

The top Republican on the House Foreign Affairs Committee added the airplanes have been at Mazar-i-Sharif International Airport in northern Afghanistan “for the last couple of days” but have been unable to leave despite approval from the US State Department.

“In fact we have six airplanes at Mazar-i-Sharif airport, six airplanes, with American citizens on them as I speak, also with these interpreters, and the Taliban is holding them hostage for demands right now,” McCaul stated, noting, “State has cleared these flights, and the Taliban will not let them leave the airport.”

When pressed by Wallace on what demands the Taliban are making, McCaul said the circumstances are “turning into a hostage situation”.

“Well, they are not clearing airplanes to depart. They’ve sat at the airport for the last couple days, these planes, and they’re not allowed to leave,” McCaul added.

“We know the reason why is because the Taliban want something in exchange. This is really, Chris, turning into a hostage situation where they’re not gonna allow American citizens to leave until they get full recognition from the United States of America,” he continued.

CBS News reported after McCaul’s interview on Sunday that multiple flights are being held on the ground at the Afghanistan airport by the Taliban.

The network reported that the State Department notified members of Congress in an email that the charter flights have approval to land in Doha “if and when the Taliban agrees to takeoff”.

The department also told members of Congress to notify groups looking to evacuate from Mazar-i-Sharif that the US does not have people on the ground in that location and does not control the airspace, according to CBS News.

The US completed its withdrawal mission from Afghanistan on Tuesday, but a number of American citizens remain in the country.

McCaul noted “hundreds of American citizens” are still in Afghanistan, but Secretary of State Antony Blinken last week claimed that “under 200 and likely closer to 100” US citizens are still in the country.