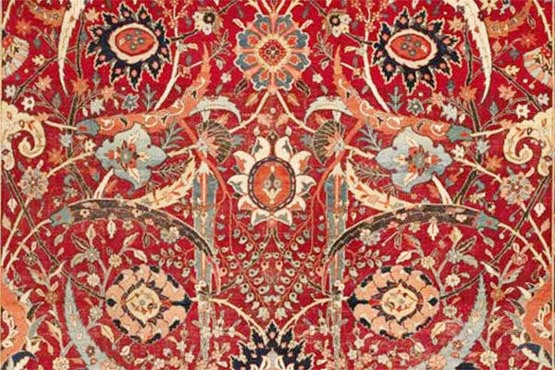 Payamema: London’s Christie’s auction house is set to auction three valuable carpets from Kerman. In the past few years, Sotheby’s has sold various Persian artefacts, the most famous of which was a carpet from Kerman for a price of $33.8m.

Christie’s was first founded in London by James Christie in 1766.

It was three years ago that another Kerman carpet was auctioned and sold at Sotheby’s in New York at the price of $33.8m. This carpet, which is 360 years old, was sold for three times as much as the second-most expensive carpet in the world.

Somayeh Fathollahtabar Malekshah, a carpet researcher and university lecturer, says, “Kerman carpets are some of the most original Iranian carpets. The history of carpet-making in that region goes back to the Safavid Dynasty. Kerman carpets first owe their fame to their unique designs, and secondly to their successful harmony of colours and patterns. Kerman’s climate and its desert environment led their artists to make up for the lack of plants and greenery by imagining them, and bringing them to life in their designs.

The variation of colours used in Kerman carpets is another reason for their global fame. Even though these colours are made from herbal sources which won’t fade, they still have a strong colour composition. All of these characteristics have made Kerman carpets some of the most famous in the world.