The Magic Paintings by Women on the Mysterious Island 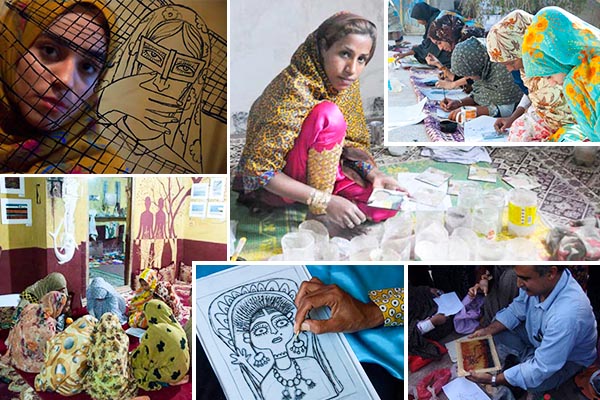 On Hormuz Island, the artery for Middle East oil and shipping, soil, rather than oil, has enchanted people’s lives, with earth paintings narrating the lives of the women in Hormuz. This god-given “soil art” can only be found on this 42km2 mysterious island at the entrance of the Persian Gulf.

The soil of this island is colourful. On one side it is golden, on the other it is a shiny, navy blue. At one spot it is white and another faun. Here it seems transparent like glass while there it is mixture of a hundred different shades. 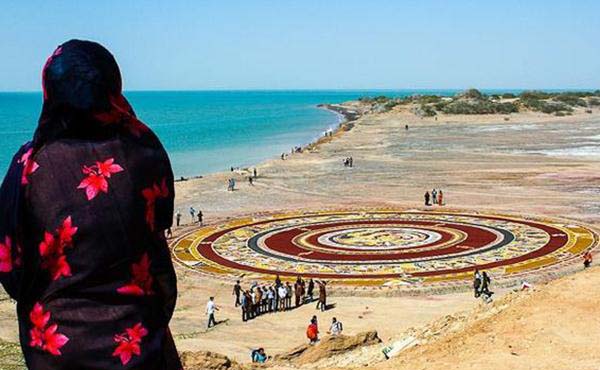 The arts of the women of the island once included Souzan Douzi [stitching patterns on fabrics], making colourful tents, henna painting and cooking fish, but now their lives have been changed by creating their rituals and traditional patterns with the colourful soil of the island.

The places which were once drug-dens, exhibiting classic signs of social decay, have now turned into a house for artists and a centre for presenting environmental art. How have these women’s lives changed on this faraway island? 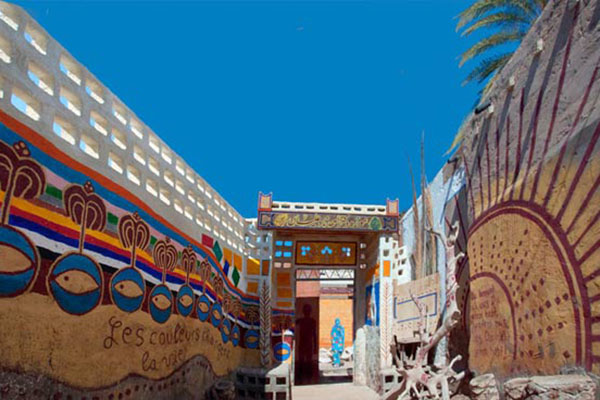 An environmental artist, well-known for his carvings in nature, while painting on the shore of Hormuz, noticed the tremendous differences between the wonderful beauty of Hormuz and its people’s lifestyles. He then decided to make a big change on the island. He bought an abandoned house in the old part of the island and turned an old addicts’ hang-out into an art centre and a place for exhibiting environmental artists and artworks.

In this centre, Ahmad Nadalian started to teach the women painting with the colourful soils of the island. Now, not only has this art centre become a tourist attraction, but also the fame of these Hormuz women has spread all over the country. It has also created many jobs and led to a decrease in social problems on the island.

Nadalian received his Art Philosophy PhD in Mural Paintings and Decorations. In an interview with an ISNA journalist, he said, “At first, when I started to train women in Hormuz, I had to give them the raw materials to create something. Eventually, by expanding this art in Hormuz, they provided them themselves. Just two years ago, these women had no direct presence in the island’s activities, but now they produce, create and supply their artworks.”

Thirty women in Hormuz make their living by selling their artworks. This has improved tourism in Hormuz and has affected the island’s employment. 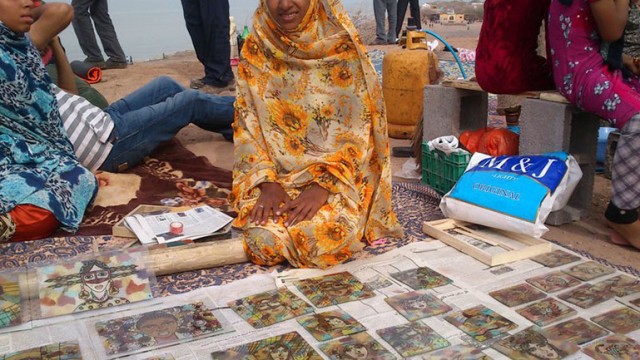 Ahmad Nadalian explained how he started his activity in Hormuz, “When I traveled to Hormozgan Province for a workshop on making statues out of sand, on my visit to Hormuz I realized that we could use these beautiful natural materials in creating art. In the beginning, I would go to a virgin nature site and paint there by myself or create things with stone beads. Every time I went to the city for food or materials, I would notice the huge differences between the wonderful beauty of Hormuz’s landscape and the lifestyles of its people. Unfortunately, the people were suffering from unemployment and as a consequence, social problems, so I decided to work as a volunteer at Imam Khomeini Relief Foundation and teach the women how to paint using colourful soils from the island. He continues, “At first, I would just go into the city by bicycle, but after 6 years I bought a house there and started the art centre. My initial goal was to bring artists from all over the country here to interact and collaborate with the people of this region, but then with all the positive responses and many visitors, this place became a museum.”

He emphasized, “Our goal is now to empower the women of the island to support their husbands and families. Also, painting can improve mental health, lower crime rates, as well as facilitating cultural exchange.”

He added, “Hormuz Island itself, especially its beautiful landscapes in the southern part, can be considered to be a natural museum.”

Hormuz is an island off the south coast of Iran, right at the entrance of the Persian Gulf. Due to its geographical location, neighbouring the Straits of Hormuz, it is called the Key of the Persian Gulf. For the same reasons, Hormuz Island is of high commercial and strategic importance.