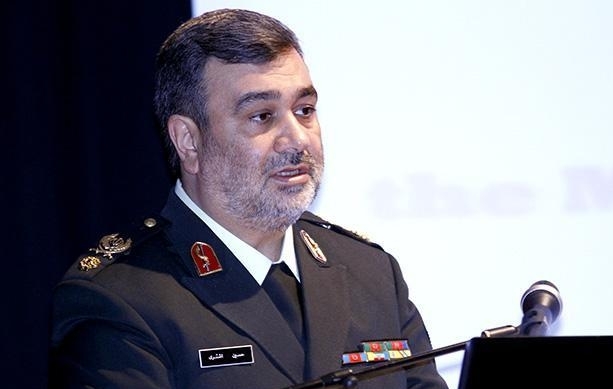 An Iranian MP thanks police for their swift action against a few of their own for mistreating a Christian compatriot.

Alef.ir, a news website run by Ahmad Tavakoli, MP, published a note by the principlist deputy representing Tehran in parliament, which details a bitter incident involving violation of a citizen’s rights. The following is the translation of the note in its entirety:

A few weeks ago an incident in Majidiyeh [a neighborhood in eastern Tehran] with a bitter beginning played out to have a very happy ending which saved the faithful, revolutionary law enforcement embarrassment.

A virtuous resident of the neighborhood told me a Christian friend of his who ran a carwash had run into a problem. He said: “Today, a couple of police officers had come to the carwash to have their squad car washed. They saw a poster on the wall which featured words in protest at the massacre of Armenians at the hands of Ottoman Turks in 1914.

‘Why have you posted this on the wall?’ the patrolman asked as he ordered the owner to remove it. The carwash owner said, ‘That is what the Armenian Caliphate has asked me to do.’ The officer made a disparaging comment about the Caliphate. But the Armenian compatriot did not back down. The officer slapped him across the face and together with two fellow policemen hauled him to the office of the carwash where they beat him up. A number of passers-by captured the brutal beating on their cell phones.

One of the three officers seized the cell phones and took my Christian friend to police custody and mistreated him there too. Following a great deal of supplications, the owners of the phones got their devices back after they removed the videos from their phones. And the Armenian guy was let go too. Thank God the whole incident was captured by the security camera of the carwash.”

When I learned about what had happened, I called [Police Chief Brigadier General Hossein] Ashtari, but couldn’t reach him or his chief of staff for that matter. Left without a choice, I contacted a Revolution Guards and told him what had happened. Apparently all commanders had gathered for a meeting. When contact was eventually made, Hossein, the same guy who told me about the incident in the first place, was ordered to lead an investigation. A couple of days later, the national police commander’s chief of staff saw the video. By order of the police chief, a special investigator began a probe into what had happened. After the inquiry, the three officers and the police station and precinct chiefs were suspended and referred to judicial authorities. An official apology was extended to the Armenian man who had been mistreated.
This swift action in dealing with the misconduct of those who are supposed to protect citizens from injustice greatly impressed the Armenian guy and all other residents of the neighborhood. Afterwards, the officers begged the Christian guy, through intermediaries, to forgive him.

As a Muslim Iranian and a representative of the public [in parliament], I’d like to apologize to this fellow Iranian and thank General Hossein Ashtari and his colleagues for their decisive action. Once again, thank you, General.