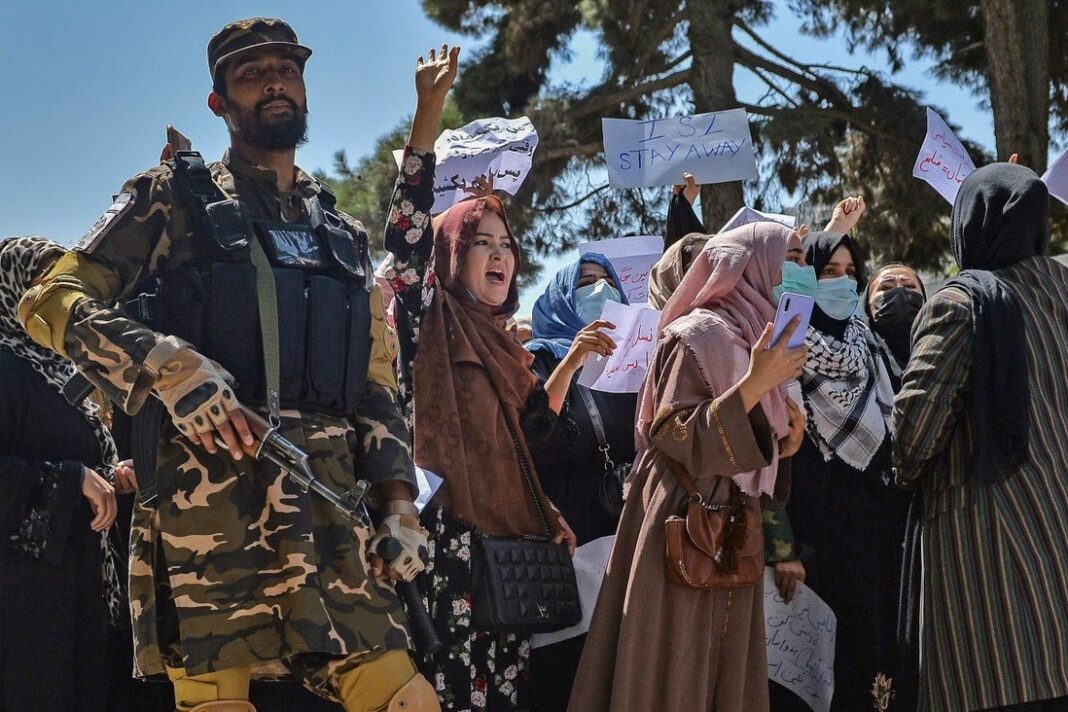 Hundreds of Afghans, mostly women, took to the streets of Kabul on Tuesday in an anti-Pakistan demonstration in which they chanted slogans against Islamabad and the country’s Intelligence service, ISI. The Taliban fired shots into the air, as the protests intensified.

On Tuesday, hundreds of people rallied outside the Pakistani Embassy in Kabul, holding banners and chanting against what they stated was meddling by Islamabad, who have long been accused of having close ties to the Taliban movement.

In videos shared by local journalists on social media, the crowds were heard shouting slogans like “death to Pakistan”, “we don’t want a Pakistani puppet government” and “Pakistan, leave Afghanistan”, among others.

Pakistan’s espionage agency, which has gained notoriety for supporting terror groups against India, is believed to be working with the Taliban and laying the groundwork for the new government in the country where a US-led alliance fought a war against terror for 20 years.

“ISI stay away,” reads a placard in the hands of a woman at the rally outside the Pakistani Embassy in the Afghan capital.

According to report, Taliban members fired shots into the air to disperse the crowds.

Pakistan’s intelligence chief Faiz Hameed was in Kabul at the weekend, reportedly to be briefed by his country’s ambassador but is likely to have also met with Taliban officials.

The Taliban have yet to announce a government, but Afghans – fearful of a repeat of the group’s previous brutal reign between 1996 and 2001 – have staged small demonstrations in cities including Kabul, Herat and Mazar-i-Sharif.

Tuesday’s protest comes after the Taliban claimed total control over Afghanistan a day earlier. The Taliban’s announcement has been rejected by its rivals, who insisted that the fighting continues.