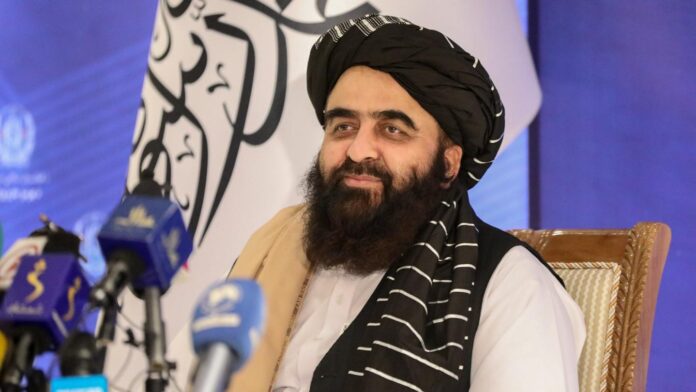 A Taliban delegation arrived in Ankara on Thursday for talks with Turkish officials. The new rulers of Afghanistan continue a diplomatic push for international support and recognition.

The delegation boarded a plane from the Qatari capital Doha.

In a meeting with Western diplomats in Doha on Tuesday, Muttaqi had stated that weakening the Afghan government would not benefit anyone as it would have negative economic and migration repercussions for the world.

“The delegation will hold talks with senior Turkish officials on issues of mutual interest,” Balkhi wrote on Twitter.

This marks the first high-level contact between Turkey and the new administration in Afghanistan after the Taliban took power on Aug. 15.

President Recep Tayyip Erdoğan recently highlighted the importance of an inclusive government in Afghanistan, as he noted it was crucial in reaching a deal regarding the operation of the Kabul Hamid Karzai International Airport.

Erdoğan also stated at a virtual meeting between the Group of 20 most powerful economies that the international community should keep the channels of dialogue with the Taliban open to “patiently and gradually steer” them toward establishing a more inclusive government.

He added Turkey, which already hosts more than 3.6 million Syrians, cannot bear an influx of migrants from Afghanistan, warning that European nations would also be affected by a new wave of migrants.

The Taliban say they want international recognition. They warn that weakening their government will affect security and spark an even bigger exodus of migration from the country.

Also, Çavuşoğlu recently noted that humanitarian aid would be sent to Afghanistan by land via Pakistan, as it is faster and less costly.

Taliban officials previously noted that they want Turkey to provide aid and support to the Afghan people and called on Turkey to be the first country to formally recognize the new administration in Afghanistan.

Also on Thursday, Russian Foreign Ministry Spokeswoman Maria Zakharova said the Taliban delegation will arrive in Moscow next week to participate in the Moscow format consultations on Afghanistan.

“Next week, we are expecting a representative delegation of the Taliban movement to visit Moscow to take part in the third Moscow format consultations on Afghanistan,” the Russian diplomat stated.

Zakharova noted that Moscow was concerned over the ongoing terrorist activity of Islamic State militants in Afghanistan.

“We hope that the new authorities in Kabul will deliver on their statements that they can cope with IS on their own, without any outside help,” the diplomat continued, adding, “We also noted the Taliban delegation’s two-day visit to Qatar, led by the Afghan Acting Foreign Minister. Negotiations took place there, in particular, with the US Department of State’s representatives.”