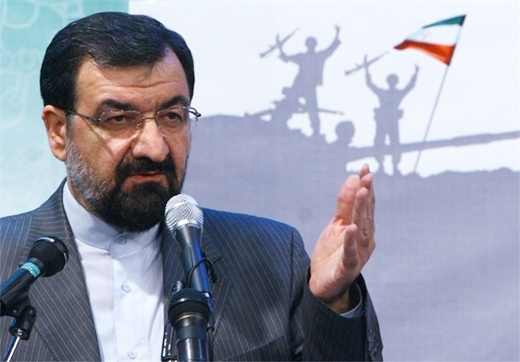 The Secretary of Iran's Expediency Council, Mohsen Rezaei, warned the Takfiri terrorists of the heavy price they are going to pay for inflicting casualties on forces in Syria's Khan Touman, which included a number of the Islamic Revolution Guards Corps (IRGC) military advisors.

In a post on his Instagram page, Rezaei, himself a major general of the IRGC, vowed a harsh response to the attack against Iranian military advisors in Khan Touman.

He also hammered Saudi Arabia and Turkey for providing military support for the Takfiri militants and abusing the ceasefire declared in the region to conduct a surprise raid against the Syrian village, killing Syrian forces and Iranian advisers.

Rezaei also paid tribute to the “heroes” from Iran’s northern province of Mazandaran who were killed in the attack, saying their courage evoked memories of the eight-year Iran-Iraq war.

13 IRGC military advisers were killed and 21 others wounded in Khan Touman, in an attack by Takfiri terrorists, the IRGC said in a statement.

Iran, a close ally of Syria, has been supporting the legitimate Syrian government in the fight against terrorists. Tehran has made it clear that its assistance to Syria is confined to consultation and advisory help.

Syria has been mired in a civil war since 2011, with government forces fighting an assortment of militant groups, including Daesh (ISIS).