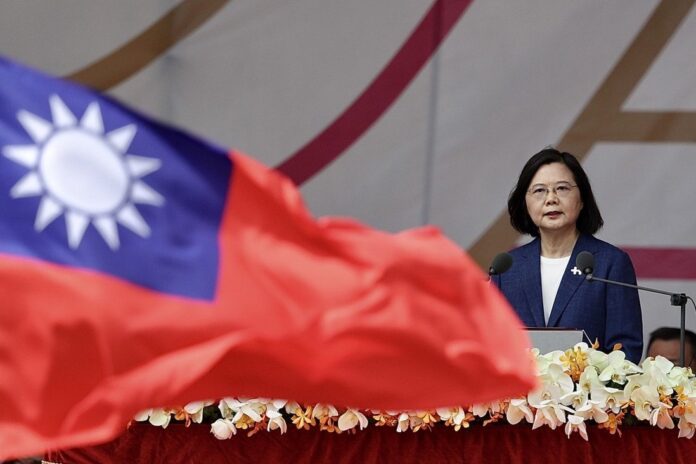 Taiwan chief executive says Taipei hopes for easing tension with Beijing, but would not bow to its pressure. China’s President Xi Jinping has promised peaceful reunification with the self-governed island.

Speaking at a national day rally on Sunday, Tsai pledged that Taiwan would “continue to bolster” its national defence and demonstrate its determination to defend itself “in order to ensure that nobody can force Taiwan to take the path China has laid out for” Taipei.

“This is because the path that China has laid out offers neither a free and democratic way of life for Taiwan, nor sovereignty for our 23 million people”, she asserted.

Tsai also vowed that Taiwan will not “act rashly” in developing its national defence, adding, however, “there should be absolutely no illusions that the Taiwanese people will bow to pressure”, in an apparent nod to China.

“The more we achieve, the greater the pressure we face from China. So I want to remind all my fellow citizens that we do not have the privilege of letting down our guard”, the Taiwanese president said.

She insisted that the situation around Taiwan had become “more complex and fluid than at any other point in the past 72 years”, accusing China of increasing its military presence in the island’s air defence zone, which Tsai claimed had seriously impacted her country’s national security.

The remarks come a day after Xi reiterated Beijing’s readiness to implement his country’s plan for “reunification” with Taiwan “by peaceful means”, in line with the “one country, two systems” policy.

“No one should underestimate the Chinese people’s determination and strong ability to defend [our] national sovereignty and territorial integrity. The historical task of the complete reunification of the motherland must be fulfilled, and it will definitely be fulfilled,” Xi pointed out.

The statement followed a Wall Street Journal (WSJ) report earlier this week that US Marines and special operations forces have been secretly training Taiwanese soldiers on the island “for at least a year” as a way to prepare them for potential threats coming from China.

Neither the US government nor Taiwanese officials have commented on the matter yet. Beijing has repeatedly condemned Washington over its perceived meddling in the affairs of Taiwan, which it considers an integral part of China.

The WSJ report was preceded by Taiwanese Defence Minister Chiu Kuo-cheng arguing that China might mount a full-scale invasion of the island by 2025. The claims came after China in recent days sent almost 150 military aircraft close to Taiwan, while US and other allied forces conducted drills in the South China Sea.

Taiwan has been governed independently from mainland China since 1949. Beijing views the island as a breakaway province, while Taiwan maintains that it is an autonomous country, which wants a dialogue with China, but cannot accept Beijing’s proposal for the “one country, two systems” model.

The US does not recognise Taiwan as a sovereign nation, but has informal relations with the island, remaining its biggest supplier of military equipment.