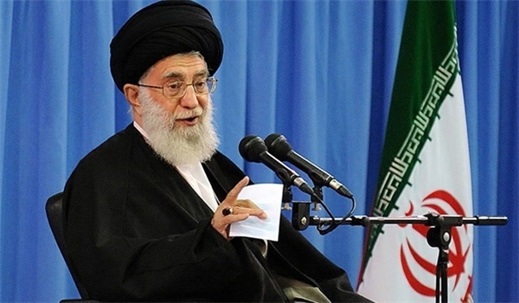 Addressing hundreds of young Iranian elites and researchers in Tehran on Wednesday, Ayatollah Khamenei underlined that a country which makes its economic planning based on oil revenues is a captive of the world powers’ policymakers and no bright future is envisaged for it.

“Instead of reliance on the oil revenues, Iran should be managed through reliance on its internal forces and the resources on the ground, meaning the youth’s intelligence and talent, and production of science and knowledge and if so, no world power can turn the country’s economy into a plaything,” he added.

Stressing that Iran shouldn’t be governed by dependence on floating revenues of underground and oil resources, Ayatollah Khamenei said that the country can be saved by strengthening the scientific power.

He described continued high-speed scientific move as the genuine need of the country, and asked for all-out efforts to continue the present rate and speed of scientific growth by the help of every means, specially strengthening the knowledge-based companies and economy.

Last month, Ayatollah Khamenei in a decree communicated the macro-scale policies for Iran’s movement in various areas of science and technology, saying that the country turn into a major scientific power in the world in future.

The decree was issued by the Leader in line with the implementation of Clause 1 of Article 110 of Iran’s Constitution and after consultation with the country’s State Expediency Council.

Production of science, development of innovation and devising theories, upgrading Iran’s global status in science and technology, converting Iran into the scientific and technological hub of the Muslim World, development of basic sciences and fundamental research, gaining access to the advanced sciences and technologies through special planning and policy-making, optimizing the performance and structure of Iran’s educational and research system to gain access to the objectives of the country’s 20-year vision plan and scientific flourishing in Iran are among the main topics touched in the Leader’s decree.

Other principles specified by the leader include the rule of Islamic tenets, values, ethics and regulations in research, technology and higher education system and materialization of Islamic university, strengthening the national will and increasing social understanding about the importance of scientific and technological development, improving the relationship between research, technology and the higher education system with other sectors, development of cooperation as well as active, constructive and inspiring interaction in area of science and technology with other countries as well as accredited scientific and technical regional and international centers, specially those of the Muslim world together with consolidating the country’s independence.