Africa Street in Tehran has been renamed after Nelson Mandela, a South African anti-apartheid revolutionary leader. 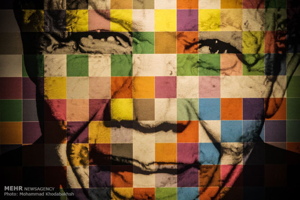 Africa Street in northern Tehran has been renamed after Nelson Mandela during a ceremony in the presence of two members of Tehran City Council and South African ambassador to Iran.

Vice Chairman of Tehran City Council Morteza Talaei pointed to the similarities between Iran and South Africa in fighting against hegemony […] and highlighted the key role the two prominent leaders, the late Imam Khomeini and Nelson Mandela, played in helping humanity and virtues prevail in their societies.

“Nelson Mandela does not belong to a nation, he belongs to all humanity, all history and the whole world,” said Talaei, adding that Iran is proud of naming one of its best streets after deceased leader Mandela on the twentieth anniversary of the revolution in South Africa and the first anniversary of the death of Mandela.

Tehran City Council member Gholamreza Ansari said Mandela’s name shines in the history of mankind and due to Tehrani citizen’s spirit of freedom seeking, they would welcome the renaming of Africa Street after Mandela.

South African ambassador to Iran, for his part, expressed surprise at the event and said “South Africa was formed in 1994 and today we celebrate the twentieth anniversary, but it should be noted that our people owe their victory to the Islamic Revolution and the personality of Imam Khomeini.”