Strategic weight of world changing to the benefit of Asia: Shamkhani 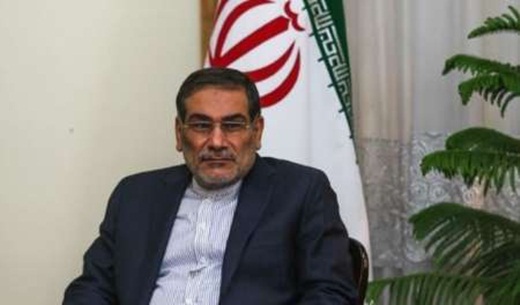 He said that balance of power has undergone a drastic change, leading to emergence and shaping of new powers at regional and international levels.

Secretary of Supreme National Security Council Ali Shamkhani said on Tuesday that power of Asia is on upward trend and the strategic balance of the world is changing to the benefit of Asia.

He made the remarks in a meeting of Shanghai Cooperation Organization (SCO) national security secretaries. Shamkhani is currently on a visit to Moscow to attend the SCO meeting.

He said that balance of power has undergone a drastic change leading to emergence and shaping of new powers at regional and international levels.

He said that by increasing pivotal role of Asia in trade, politics and world security, strategic weight of Asia has gained momentum.

He deplored the fact that several governments refuse to discharge their international obligations to support the international campaign against terrorism and to the contrary, they resorted to use of force, violence and military intervention in clear violation of the international law and the internationally recognized standards and formed a coalition against a sovereign state which has set an unlawful precedent in the direction of institutionalization of insecurity.

He criticized the Western governments for applying double standards in the international campaign against terrorism, citing their formula to divide the ominous phenomenon of terrorism to bad and good.

Shamkhani added that the arbitrary use of terrorism and unlawful measures by the international bodies to interfere in other countries affairs through imposing illegal sanctions against the sovereign states with the political agenda of regime change, on one hand, and financial aid for terrorist groups and empowering criminals under the pretext of support for democracy, on the other, are clear evidence for the arbitrary use of terrorism.

Secretary of Iran’s SNSC said that insistence of the world powers on stopping the changing trend of unipolar world and opting for unilateralism, which runs counter to priorities of the international community, has thrown a worrying future in the way of the mankind.

Criticizing the adoption of dual standard of certain governments in confrontation with similar crises in Syria, Yemen, Ukraine and Bahrain, Shamkhani said that compliance with national demands is the solution for current crises in those countries.

He said that President Rouhani’s proposal of War Against Violence and Extremism, which approved by the UN General Assembly, called for world cooperation and coordinated move against these two sinister phenomena.

In another part of his speech, the Iranian senior official presented a number of proposals to overcome security challenges in the region.

Paying attention to the growing public awareness in the region, especially that of the youth and the need to educate them on religious moderate moves, the misuse of cyber space and social networks by the terrorists, special attention to issues like poverty, unemployment, the gap in social classes, ethnical and religious discrimination and narrowing the gap between governments and nations are among necessary measures in the field of management of regional challenges.

He underlined the necessity of creation an effective mechanism in cutting financial sources and harboring terrorists and ending intelligence, operational and military support for terrorists and added that exchange of intelligence experience between countries to confront terrorism and designing an efficient and flexible mechanism to implement preventive plans in this regard is necessary.

Shamkhani said that Iran enjoys precious experience in the field of effective confrontation and control of waves of violence and terrorism in the region, and is ready to share experience and cooperate with Shanghai Cooperation Organization in this concern.