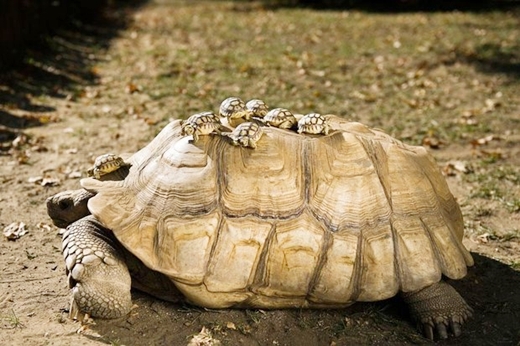 The spur-thighed tortoise or Greek tortoise is one of five species of Mediterranean, mostly living in North Africa, southern Europe, and southwest Asia.

With an area of 93 thousand hectares, the Agh-Dagh Protected Area is the only main protected territory in Ardabil Province, which has been declared for conservation of the Wild Bezoar Goats population.

Spur-thighed tortoises are commonly traded as pets, despite the illegality of this trade. In source countries such as Morocco, this can lead to unsustainable removal of wild individuals for local pet trade and for export.