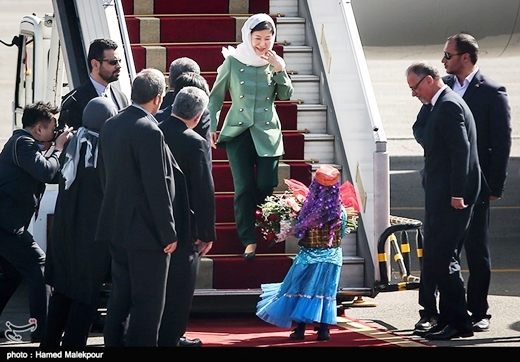 The South Korean president’s official visit marks the first summit between the two countries since they established diplomatic ties in 1962. 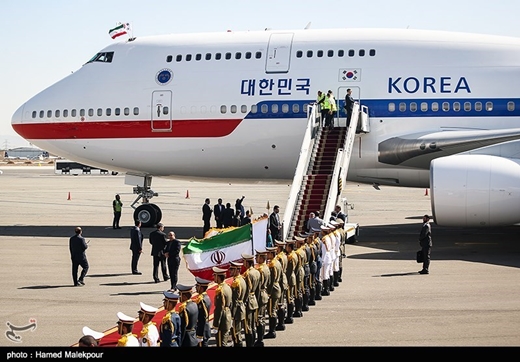 Following the welcome ceremony, the two presidents started a round of bilateral talks that the Iranian president’s official website said revolve around the ways to expand political, economic and cultural cooperation. 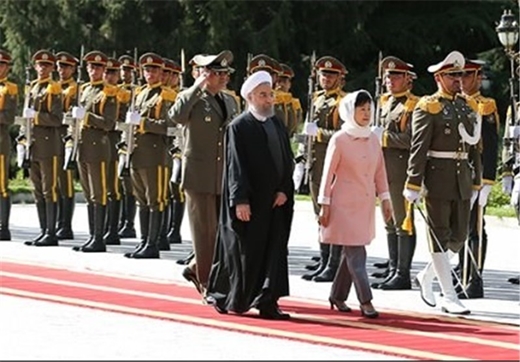 Several agreements are also going to be signed to enhance bilateral ties.

President Park Geun-hye’s office had announced that she would hold talks with President Rouhani on the Korean Peninsula and the ways to promote bilateral ties.

“We expect the trip to serve as an important opportunity for us to develop bilateral cooperation since the international community’s sanctions on Iran were lifted in January,” a statement from Park’s office read.

The visit follows a new wave of interest in ties with Iran after Tehran and the Group 5+1 (Russia, China, the US, Britain, France and Germany) on July 14, 2015 reached a conclusion over the text of a comprehensive 159-page deal on Tehran’s nuclear program.

South Korea remains one of the major crude importers from Iran. The East Asian nation’s oil imports from Iran sharply increased earlier this year immediately after the anti-Iran economic sanctions were lifted under the JCPOA.

South Korea is the world’s fifth-largest oil importer while Iran has the fourth largest oil reserves. The trade between the two countries is estimated to have stood at $ 6.1 billion in 2015.