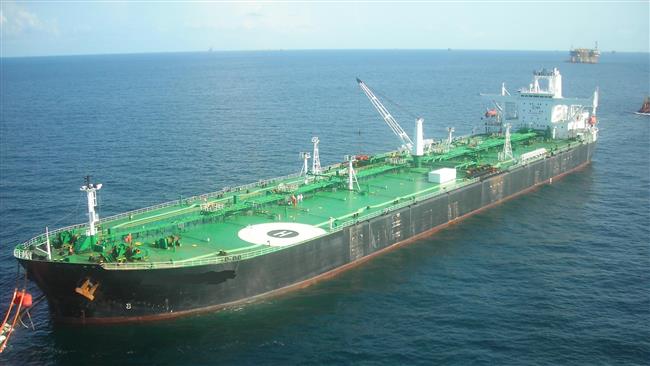 South Korea tripled its imports of Iranian crude oil in January from a year before, says a new report, coming a day after the Islamic Republic exported its first crude shipments to Europe.

The imports were the highest since 2012 when South Korea bought 230,769 barrels from Iran before it cut shipments due to intensified Western sanctions.

Since the implementation of a nuclear accord last month, the country has ramped up production by 400,000 bpd, Managing Director of the National Iranian Oil Company (NIOC) Rokneddin Javadi said in remarks published on Sunday.

Iran is seeking to boost output by 1 million barrels a day and regain market share of 2.1-2.3 million bpd before sanctions were intensified in 2012.

Javadi said Iran is planning three initial shipments to Europe carrying 4 million barrels of oil with 2 million barrels going to France’s Total and the rest to companies from Spain and Russia.

On Sunday, a tanker for Total was being loaded at Iran’s Kharg Port​ in the Persian Gulf, marking the first cargo of oil to Europe since sanctions ended, an Iranian Petroleum Ministry official said.

Tankers chartered for Chinese and Spanish companies were due to arrive later in the day, while a vessel chartered by Lukoil’s trading unit Litasco was located off the east coast of the UAE after loading at Kharg Island, Bloomberg reported.

Greece’s Hellenic Petroleum has also signed supply deals with the NIOC along with Total, Spanish refiner Compania Espanola de Petroleos and Russia’s Lukoil. They have all booked cargoes of Iranian crude to sail from Kharg Island to Europe.

On Sunday, Pirouz Mousavi, managing director of Iran Oil Terminals Co., told the Mehr news agency that the loading operation of the three tankers at Kharg terminals would be done within 48 hours.