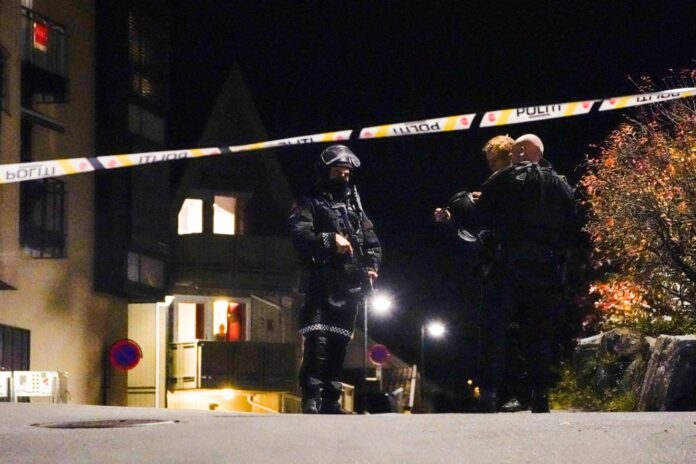 At least five people were killed and two others injured by a man armed with a bow and arrow in the Norwegian town of Kongsberg.

Norway’s acting Prime Minister Erna Solberg on Wednesday described the attack against shoppers in the town, near Oslo, as “gruesome”.

“It is a very dramatic situation that hits the community in Kongsberg hard. The events shake us. I understand that many are afraid,” she said.

Police official Øyvind Aas told a news conference on Wednesday evening that the attacker had been arrested.

“The man who committed the act has been arrested by the police and, according to our information, there is only one person involved,” Aas added.

Police say the motive for the attack is still being determined.

“We will also have to look at whether this is an act of terror or not. The apprehended person has not been questioned, and it is therefore too early to say anything about this related to motivation,” Aas continued.

“Based on the information we have now, this is a person who has carried out these actions alone” he added, confirming there was no active search for any more suspects.

The police announced earlier on Wednesday evening on Twitter that a person had been seen shooting people with a bow and arrow in central Kongsberg, and they warned people to stay indoors.

Officers first received reports of an attack from people in the town’s centre shortly after 18.00. The suspect was apprehended around 30 minutes later.

The two victims who were wounded are in intensive care, and they include an officer who was off duty and inside the shop where the attack took place, police said in a statement.

The prime minister-designate, Jonas Gahr Stoere, who is expected to take office on Thursday, called the assault “a cruel and brutal act” in comments to Norwegian news agency NTB.

The Norwegian Police Directorate announced on Wednesday night it has issued a national order for police to be armed, to increase preparedness and the force’s ability to respond quickly.

However it said while this was an “additional emergency measure” there were “no concrete indications” of a change in the threat level in the country.

“There is still a lot of police activity in the area … because the perpetrator has moved over a large area,” Aas told reporters.

“We are now working, among other things, to secure clues, and obtain as much information as possible about what has happened,” Aas added.

The local municipality in Kongsberg has also set up a crisis team following the attacks.