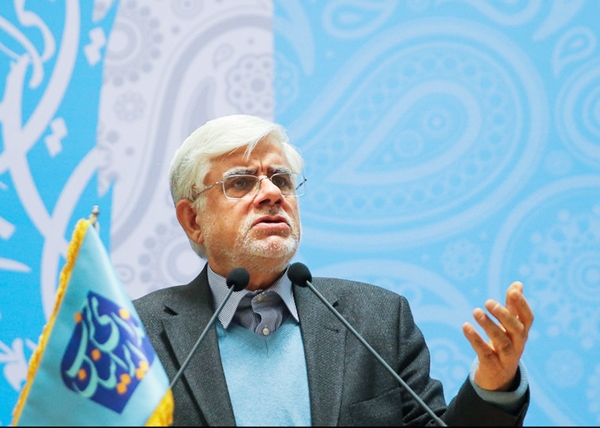 Prominent Iranian reformist Mohammad Reza Aref regretted that certain parties are trying to frustrate the reformists and the Iranian people. This comes ahead of the upcoming elections for Parliament and the Assembly of Experts, which are due to be held later this month, but he stressed that the reformists are bound to attend.

“They want to dishearten the Iranian people and the reformists,” Aref said in an address to young reformist party members, as reported by Tabnak news agency.

“You should be serious in continuing to follow this path, because participation [in the elections] is our responsibility,” the Iranian reformist told them. He added that no one had anticipated a reformist victory in the 2013 presidential elections, but “the conditions are now much better” than they were then.

He highlighted the recent disqualification of a large number of reformists from running in the elections, noting that the party could not do anything about it.

“We feel responsible for the people, the Revolution, and the Establishment,” he declared, hinting that the party will still participate in the elections, despite the mass disqualification.

He went on to say that the reformists will show that they can achieve their goals by maintaining their hope and calm, and by remaining serious.

“Calmness is a prerequisite for this path. This is the (right) path, we have no other choice. We will define ourselves within the Establishment,” he noted.

Aref defined the reformist movement as a party that is encompassed within the Establishment of the Islamic Republic, saying that reformists consider “Peace and economic prosperity” to be their slogan. He continued, encouraging reformists to maintain their hope and calmness in the upcoming elections, which will be held on February 26.

There are currently 290 seats in the Iranian parliament, known as the Majlis, which are elected by direct popular vote in nationwide elections every four years.

The Assembly of Experts is another high-ranking body, one which elects and oversees the activities of the Leader of the Islamic Revolution.

Members of the Assembly are directly elected to their office by the people for an eight-year term. It appoints a new chairman in biannual meetings.