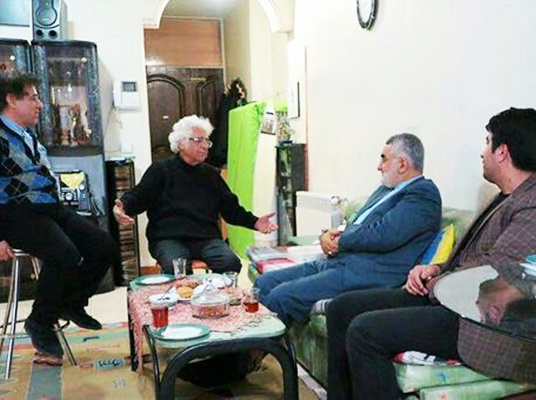 A senior Iranian lawmaker paid a visit to the house of Loris Tjeknavorian, a prominent Iranian Armenian composer and conductor, ahead of the New Christian Year.

According to a Farsi report by ICANA, Alaeddin Boroujerdi, the Chairman of Iranian Parliament’s National Security and Foreign Policy Commission, met the Christian musician on Friday, a couple of days before the beginning of New Year.

Tjeknavorian was born in 1937 in Boroujerd, a city in Western Iran, and is one of the most celebrated cultural figures in Armenia and Iran.

As one of the leading conductors of his generation, he has led international orchestras throughout the world in Austria, UK, USA, Canada, Hungary, Copenhagen, Iran, Finland, USSR, Armenia, Thailand, Hong Kong, South Africa, and Denmark.