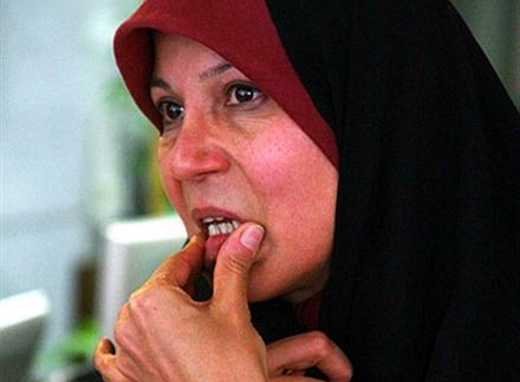 Faezeh recently met Fariba Kamalabadi, one of the seven leaders of the Baha’i cult in Iran, after she [Kamalabadi] was granted a furlough from prison after eight years. A photo showing the two, along with a number of other Baha’i figures, provoked severe criticism, especially among clerics.

Ayatollah Rafsanjani soon reacted to the meeting, saying his daughter had made a bad error, and urging her to make up for it.

“The deviant cult of Baha’ism was made up by the colonialists, and has always been known for its deviance. We have always renounced the cult, and we’ll do so in future,” he said.

“I was waiting to see whether anyone would protest at this event or not. Finally, I heard her father make a mild objection. This is still promising, but we should ask why others kept silent,” Makarem Shirazi said in an address to his seminary students in Qom.

“I’m opposed to this deviant cult, not just because of their enmity towards Islam, but because they are mercenaries of the US and Israel,” he went on to say, according to a report by Fars.

“The most important bases of Baha’i cult are located in the US and Britain… The enemies of Islam have used the cult as a means [against Islam] throughout its history,” Makarem Shirazi added, warning that such moves [by Faezeh] might be aimed at helping them be recognized in Iran.

Ayatollah Hassan Mamdouhi, another senior cleric, also described the move by Faezeh as very unpleasant and improper, saying that such meetings are against Islamic rules.

“These people are spies and enemies of the Iranian nation… The meeting is condemned, and officials should take appropriate legal measures against it,” he said, stressing that the meeting was treason against the Iranian nation, and its religious and national values.

More than 1,500 businessmen and shopkeepers in Tehran’s grand bazaar also signed a statement and petition to voice their protest at the meeting.

Faezeh Defends Herself, Saying She Did It for Sake of Human Rights

Faezeh said in a television interview with Euronews Persian that she had only visited “a friend”.

“It was a normal and harmless visit. I just visited a friend, that’s all,” she said.

She also told the opposition website, IranWire, “My relations with Fariba and others were friendly. I see this as a human rights issue. I believe that Baha’is should be allowed to enjoy all human rights, just like other citizens. They have no rights. It does not matter that I am a Muslim and they are Baha’is, or which religion is good and which one is bad. This is not the question. The question is human rights. And unfortunately certain sections of our society are denied basic rights. This is not acceptable — and Islam does not accept this discrimination either. There are many statements in Islam and Koranic verses that refer to this. We have the advice that Imam Ali gave to his companion, which says you have to observe the rights of those who do not share your faith. So what we see here is not Islamic behaviour. This is what we are witnessing in the Islamic Republic.”

This Is Not Human Rights

In its Tuesday editorial, Jomhouri Eslami newspaper referred to Faezeh’s remarks about the importance of civil rights in Islam, and stressed that Imam Ali’s advice applied to followers of other religions and non-hostile figures, not the followers of Baha’ism, which it referred to as a deviant cult created by colonialists. 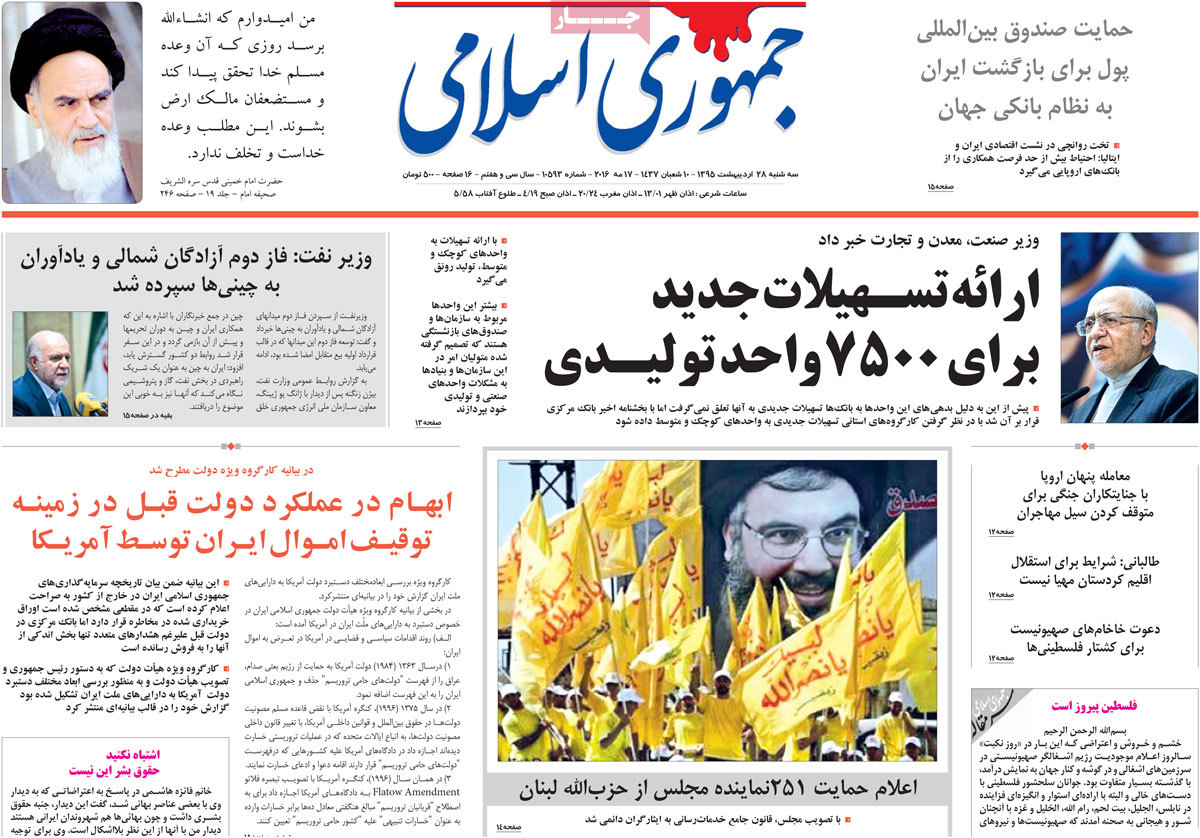 “In the Islamic Republic of Iran, even followers of polytheism are allowed to live freely, and no one takes any action against them as long as they do not disturb the Establishment. If these people, or even the most religious Shiites of Iran, happen to be mercenaries or spies, [… ] the law requires taking action against them. Baha’i elements are the same, and the Establishment decides about their civil rights and other affairs based on certain conditions,” the editorial added.

It also stated that the meeting damages Ayatollah Rafsanjani’s reputation and emboldens his opponents.

It went on to say that all of the outcry, using the pretext of Faezeh’s meeting, was aimed at destroying Ayatollah Rafsanjani, the pillar of the Islamic Revolution, and thus, his children should beware of their actions.

In one of the most recent criticisms, Ayatollah Sadeq Amoli Larijani, the Iranian judiciary chief, slammed Faezeh’s move, saying that those close to clerics and officials with the Islamic Establishment should be ashamed of such actions.

“They should know if such socially inappropriate moves lead to criminal acts, we will take severe actions against them,” he said, according to the Judiciary website.

Larijani went on to say, “One should ask why the centre of Baha’i cult is located in Israel, if they are not the spies of Iran’s enemies,” stressing that cooperation with such networks is against the national security of Iran, and will be strongly punished.

Ahmad Salek, an Iranian MP and the head of the Parliament’s Cultural Commission, also criticized the move in a Tuesday press conference, saying that the secrets behind the meeting should be clarified.

He further noted that supporting the Baha’i cult is a crime and the judiciary should prosecute her.

“More than 348 satellite channels covered Faezeh Hashemi’s meeting with the Baha’i leader and used it as an excuse against the Islamic Republic,” he said, stressing that he is responsible, as the representative of Iranian people, for protesting her action in defence of Iranian people’s rights, Tasnim reported.

“If the meeting was just a gathering of two friends, she shouldn’t have publicized it,” Saleh said, stressing that such a meeting should be interpreted as the demonstration of her official stance towards the Baha’i cult.