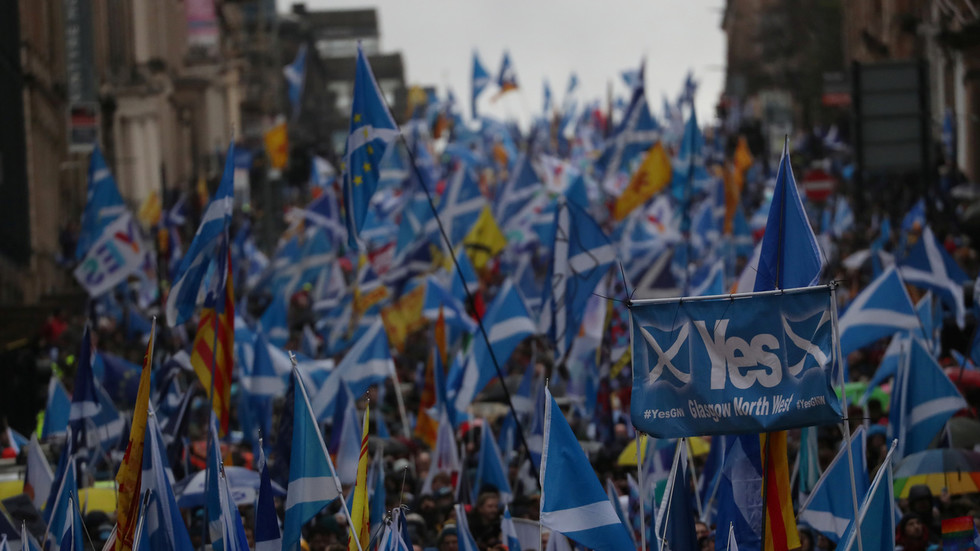 Scotland's first minister Nicola Sturgeon says the Scottish government will restart work on a "detailed prospectus" for independence ahead of a second referendum on the matter.

Sturgeon has told civil servants to start making a new case for independence, which offers people “an informed choice on Scotland’s future” in the Scottish government’s first legislative programme since last month’s cooperation deal with the Scottish Greens.

Bills to set up a national care service and reform the Gender Recognition Act, as well as proposals for private sector rent controls by the end of this year, all featured in Sturgeon’s plan for the year to come in Holyrood.

The legislative programme follows the Scottish election campaign in May and is a look into her plans to fulfil the pledges made both in the SNP manifesto and in the pact signed with the Greens this summer. Sturgeon recommitted to one key plank of the power-sharing deal to hold a referendum on independence within the first half of this parliament and before the end of 2023.

Stating that the “immediate priority of this government is to lead Scotland out of the pandemic”, Sturgeon also pledged measures to tackle the country’s continuing stark rates of child poverty, including a delivery plan for “wraparound childcare”, offering care for families on low incomes before and after school and during holidays.

It also made good on the SNP manifesto commitment to increase the Scottish child payment from £10 to £20 a child a week “as early within the life of the parliament as possible”.

Sturgeon also announced pilots of a four-day working week, backed by a £10m fund for participating companies, work to develop a minimum income guarantee, a consultation on Scots law’s controversial not proven verdict and a miners’ pardon bill to provide a collective pardon for those convicted of certain offences during the 1984-85 strike.

But the programme, which is akin to the Queen’s speech in the Westminster parliament, was dismissed by Scottish Labour leader Anas Sarwar as “a plan that isn’t good enough, it isn’t bold enough and it won’t do enough”.

“Barely a week goes by without someone from the government’s frontbenches declaring something mundane, re-badged or self-serving as ‘historic’,” he said, adding, “But the dire truth is that despite the SNP’s rhetoric, the only thing historic today is the levels of child poverty on our streets, the numbers waiting for treatment in our hospitals, and the depth of the economic crisis facing Scotland.”

Scottish Liberal Democrat leader Alex Cole-Hamilton raised particular concerns about a centralized social care service, describing it as “a gimmick and a ministerial power grab. Scottish Liberal Democrats stand with the RCN and other stakeholders who believe these proposals will distract from and delay implementation of other important reforms”.

While Cole-Hamilton criticized Scottish Greens for “giving up any premise of opposition”, they insisted that they had “heavily influenced” the programme, pointing to commitments to dedicate at least 10% of the transport budget to active travel by 2024-25 and £1.8bn over the course of the parliament to net zero buildings.