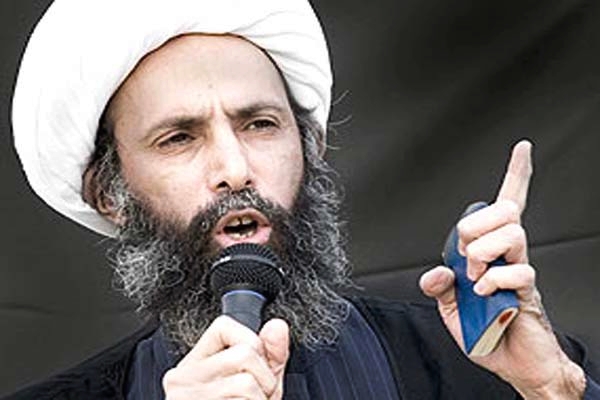 Riyadh says it has executed top Shiite cleric Sheikh Nimr al-Nimr and 47 others, defying international calls for the release of the jailed political dissidents.

Saudi Arabia has executed Sheikh Nimr al-Nimr along with 47 others in defiance of international calls for the release of the prominent Shiite cleric and other jailed political dissidents in the kingdom.

According to the Saudi ministry, those executed had been found guilty of being involved in “terrorism” and adopting a “Takfiri” ideology. All on the list of those killed are Saudi nationals except an Egyptian and a Chadian.

The Saudi Interior Ministry did not elaborate on the method to execute the convicts, but said they were executed Saturday in 12 cities across the country.

Sheikh Nimr, a critic of the Riyadh regime, was shot by Saudi police and arrested in 2012 in the Qatif region of Shiite-dominated Eastern Province, which was the scene of peaceful anti-regime demonstrations at the time.

Amnesty International also criticized the process of Sheikh Nimr’s trial and said it views the charges against the cleric as his right to free speech.

The death ruling sparked angry reactions from international rights bodies as well as many Muslim nations, including Iran, Iraq, Lebanon, Afghanistan and India, where people staged large protest rallies and called for the release of Sheikh Nimr as well as all political detainees in the kingdom.

Human rights organizations have lashed out at Saudi Arabia for failing to address the rights situation in the kingdom. They say Saudi Arabia has persistently implemented repressive policies that stifle freedom of expression, association and assembly.

The new announcement comes a day after a tally by The Associated Press, which was based on reports by Amnesty International, showed Saudi Arabia had carried out 157 executions in 2015, most of which were beheading by sword. This is a record of the most capital punishments conducted in a single year since 1995.

Shocked by the news of his brother’s execution, Sheikh Nimr’s brother, Mohammad, slammed Riyadh’s decision, which he said, was a negative response to the Shiite cleric’s pro-democracy demands, Arabic-language media reported him as saying.

He further expressed hope that the expected reactions to Sheikh Nimr’s death would be peaceful.

“Sheikh Nimr enjoyed high esteem in his community and within Muslim society in general and no doubt there will be reaction,” Mohammed al-Nimr told Reuters, adding, “We hope that any reactions would be confined to a peaceful framework…Enough bloodshed.”

The list of those executed on Saturday does not, however, include Ali Mohammed Baqir al-Nimr, the cleric’s nephew, who has also been sentenced to death over his alleged role in anti-regime protests in 2012, when he was 17 years old.

Many countries and human rights bodies have called for Ali Mohammed’s execution to be stopped.