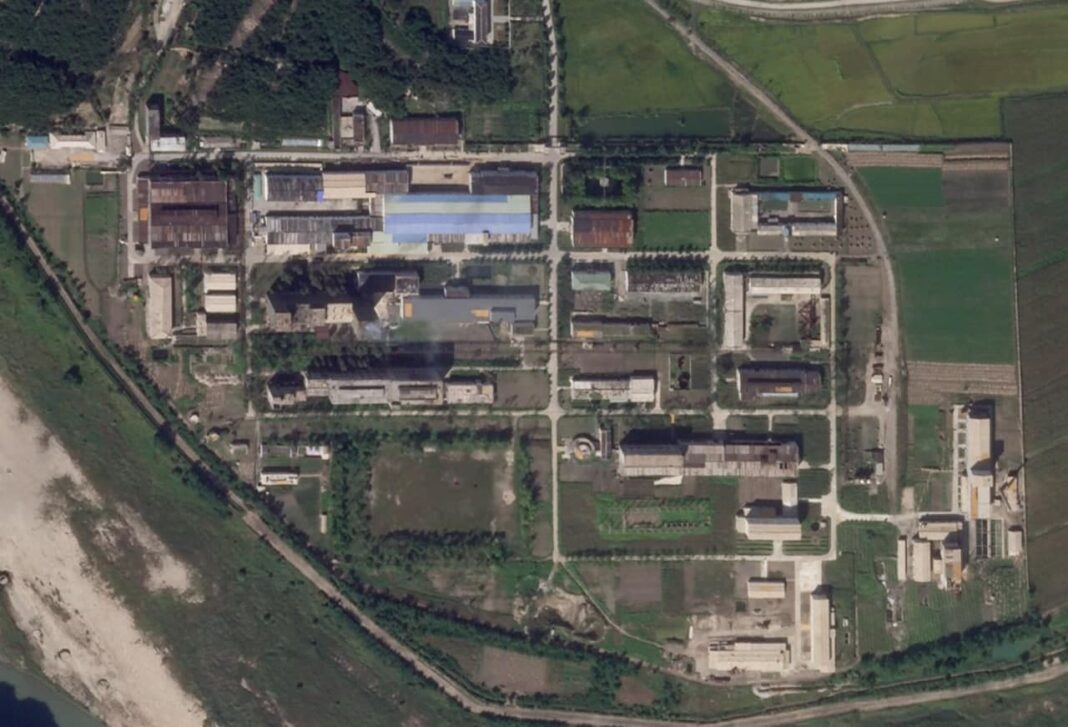 The photos showed that North Korea is expanding its uranium enrichment plant, a move that experts say indicates that the country aims to increase the production of bomb materials.

Jeffrey Lewis and two other experts at Middlebury Institute of International Studies at Monterey said in a report that the expansion of the uranium enrichment plant could mean a significant increase in uranium production.

“The expansion of the enrichment plant probably indicates that North Korea plans to increase its production of weapons-grade uranium at the Yongbyon site by as much as 25%,” the experts stated.

The report added that satellite photos taken at the beginning of the month by imagery company Maxar showed forrest clearing to prepare the ground for construction. An image taken on Sept. 14 showed that a wall had been erected to enclose the area the AP reported.

Overall, the area measures about 10,760 square feet with enough space to store nearly 1,000 centrifuges. The images also showed work being done to remove panels from one side of the enrichment plant to allow access into the new enclosed area.

The expansion of North Korea’s plant, which is located at its Yongbyon nuclear complex, follows the country’s move to execute missile tests for the first time in six months. The tests and the materials expansion come as disarmament negotiations between the northern Asian country and the United States remained suspended.

Both highly enriched uranium and plutonium can be used to build nuclear weapons. North Korea’s Yongbyon facilities can produce both.

In 2019, Kim Jong-un proposed dismantling the Yongbyon complex, which has been called “the heart” of North Korea’s nuclear program, but former President Donald Trump shot down the offer at the time, viewing it as a limited denuclearization step.