Salehi: Iran to Stop Sending Heavy Water to US 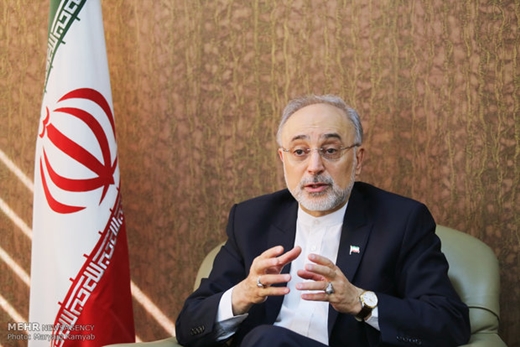 Head of the Atomic Energy Organization of Iran (AEOI) Ali Akbar Salehi said after the Americans stole Iran’s $2bn assets in April, he asked colleagues to stop sending heavy water shipments to the US to clear up the case.

Speaking on the sidelines of a ceremony held to sign a cooperation agreement between the AEOI and the Research Institute of the Petroleum Industry on Monday May 29, Salehi said, “As promised, we provided the grounds for the production of stable isotopes, and we cooperated with the Russians to promote specific centrifuges to generate stable isotopes.”

The AEOI head pointed to an opportunity to design diversified centrifuges, saying, “We can also make use of the expertise and experience of others, and for now we are using the experience of the Russians.”

Citing progress in the negotiations, he said the talks are going well and a final contract is yet to be finalized.

“Russians have declared their readiness to buy 40 tons of heavy water, however because the negotiations are ongoing and not finalized, notification in advance is not appropriate,” Salehi noted.

Regarding the question about the delivery time of heavy water to the Americans, Salehi asserted, “Following the seizure of Iran’s assets, I asked my AEOI colleagues to refrain from delivering the heavy water consignments, because it was probable that the US would confiscate the shipment and make no payment.”

He stressed that the seizure of Iran’s assets added to the depth of Tehran’s longstanding distrust of the US.