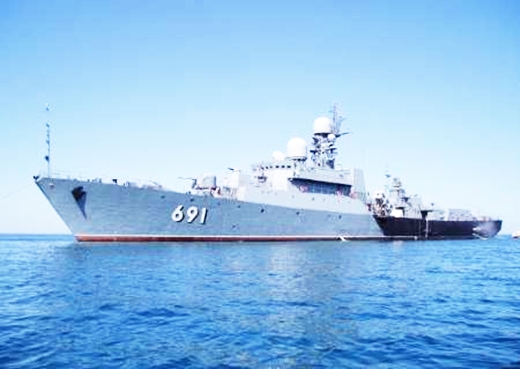 ‘In the second half of 2016, the ships of the Russian Navy Caspian Flotilla will visit Iran’s Bandar-e Anzali, Kazakhstan’s Aktau and Azerbaijan’s Baku ports to attend the ADEX 2016,’ RIA Novosti cited him as saying.

According to Osipov, the Flotilla’s priority goal for this year is to attend the Kazakhstan-Russia naval exercises and the strategic command-and-staff exercise ‘Caucasus – 2016’.

On Aug 2015, Russian navy fleet has docked at the northern Iranian port city of Anzali in a bid to boost friendly maritime ties between the two countries.

The two Russian warships — Volgodonsk and Mahachkala — arrived in Anzali for a three-day stay with around 130 personnel on board.

That was the third trip of a Russian fleet to Anzali, with the first two being made in 2007 and 2014.