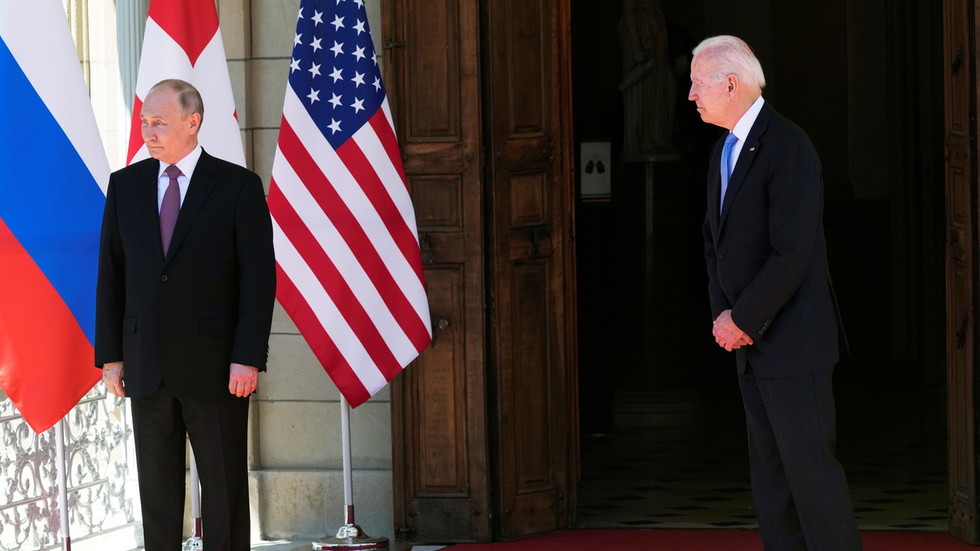 The adoption of new US sanctions against Russia would be the worst possible scenario for relations between the two countries and would wipe out "The Spirit of Geneva", Moscow warns.

A dramatic package of new sanctions on senior Russian officials put forward by lawmakers in Washington would fly in the face of constructive negotiations held between the two countries’ leaders just months ago, Kremlin Spokesman Dmitry Peskov said.

Speaking to reporters on Friday, Peskov stated that the proposals, backed by an influential Congressional committee earlier this week, “would significantly undermine the spirit of Geneva”.

Russian President Vladimir Putin and his American counterpart Joe Biden met in the Swiss city in June for talks about a range of issues, including nuclear safeguards and maintaining regional stability.

“It’s probably not up to us to make predictions,” Peskov noted, “but it is obvious that the various aspirations American congressmen have aren’t weakening. However, this bill still has to go through several steps, and then there is the question of whether the administration will put the recommendations into practice.”

He added that the White House signing off on the new restrictions would be a betrayal of the progress made earlier this year and extinguish “the modest hopes we had for establishing some kind of substantive dialogue that appeared after Geneva”.

On Wednesday, members of the House Committee on Rules backed the amendments, put forward by Democratic Party Rep. Tom Malinowski of New Jersey. The proposals give the federal government a six-month deadline to consider imposing sanctions on 35 Russians under the ‘Global Magnitsky Act’.

Among those on the list for purported ‘human rights’ breaches is Mikhail Mishustin, Russia’s prime minister; Moscow Mayor Sergey Sobyanin and Peskov himself. Also included are Chelsea Football Club owner Roman Abramovich, as well as journalists such as Channel 1 CEO Konstantin Ernst and RT’s editor in chief, Margarita Simonyan.

The talks between Biden and Putin were held earlier this year against a backdrop of rising tension dividing the two countries. The Russian president said afterwards that the conversation was “constructive” and not overshadowed by major questions of domestic politics.

“I don’t think there was any kind of hostility,” he added.