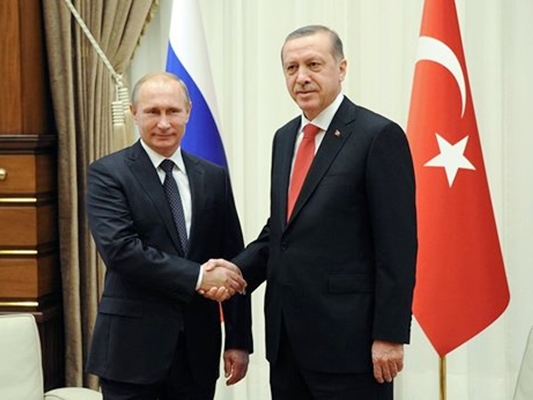 Western and Arab media outlets and journalists are confirming earlier media reports that said Russia had warned Turkish President Recep Tayyip Erdogan of an imminent coup by the army on July 15.

Last month, Rai Alyoum revealed that Turkey’s President Erdogan had been alerted by Russia against an imminent army coup hours before it was initiated, and added that Erdogan asked his supporters to remain in the streets after receiving advice from Tehran.

Several Arab media outlets, including Rai Alyoum, quoted diplomatic sources in Ankara as saying that Turkey’s National Intelligence Organization, known locally as the MIT, received intelligence from its Russian counterpart that warned of an impending coup in the Muslim state.

Now Rai Alyoum Editor-in-Chief Abdel Bari Atwan has confirmed the report in an interview with Russia Today Arabic news network, saying, “The Russian intelligence came to find out about the coup in Turkey before anyone else and the Russian President informed his Turkish counterpart in an urgent hotline phone call.”

Asked about his sources and the reliability of his report, the renowned journalist said, “We earned this piece of news from several sources; the Russian intelligence service had managed to monitor and pick up abnormal and massive moves of the Turkish army through the Tartus base in Syria.”

He further stated that the move has caused a U-Turn in President Erdogan’s foreign policy towards Russia, especially with regard to Syria, as reported by Fars and edited by IFP.

In the meantime, Robert Fisk, who heads the Middle-East desk of Independent, also confirmed the report in an article on Tuesday, August 9.

“Russia and, indeed, Iran played an intelligence role in warning Erdogan of the military coup plotted against him,” Fisk wrote.

“The Arabs have already been told by their Russian collocutors that Putin, being the old KGB boss that he was, personally sent a message to Erdogan after learning of the coup from Turkish army communications, which were picked up and listened to by Russian technicians at their air base just outside Lattakia in Syria,” he added.

The Iranians – who would be happy to see Turkey turned against their Sunni Islamist enemies in Syria – also tipped off Erdogan about the coup, so the Arabs have been told,” Fisk said.

Fisk also presented an analysis identical with Atwan in his Independent article, saying that Turkey is now leaning towards Russia and turning its back to the former Arab and western allies.