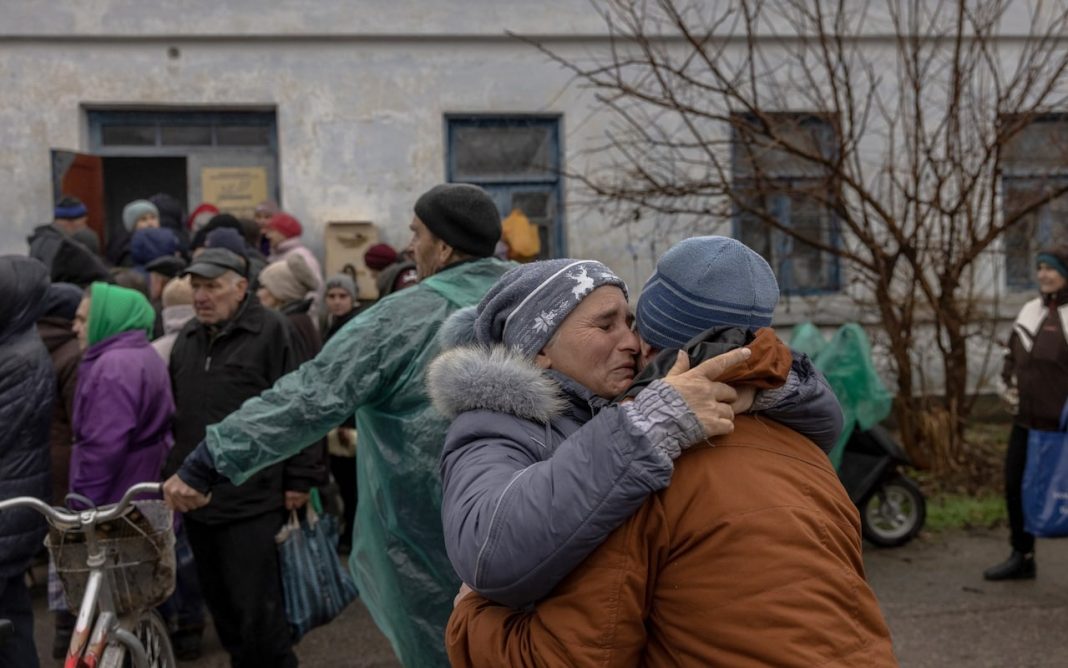 Russia’s invasion of Ukraine has increased the threat from weapons of mass destruction, including chemical munitions, the head of the world’s toxic arms watchdog says.

The Organisation for the Prohibition of Chemical Weapons is closely monitoring the situation in Ukraine, its chief, Fernando Arias, stated at the regulator’s annual meeting.

“The situation in Ukraine has again increased the real threat posed by weapons of mass destruction, including chemical weapons,” Arias noted at the meeting in The Hague.

“It has exacerbated existing tensions to a point where unity of the international community on common global challenges related to international security and peace cannot be presumed,” Arias continued.

Power has been restored to 17 percent of residents in the southern city of Kherson, which Ukraine reclaimed earlier this month.

Ukraine’s presidential office said that at least four civilians were killed and 11 others wounded in the latest Russian attacks, adding that intense fighting is continuing along the front line in the east, with the Russians shelling Bakhmut and Toretsk.

“People are sheltering in the basements, many of which are filled by water,” said Donetsk Governor Pavlo Kyrylenko.

“They have been living in catastrophic conditions without power or heating,”he added.

Russia postpones nuclear talks with the US

Nuclear disarmament talks between Russia and the United States planned for this week in Cairo have been postponed, the Russian foreign ministry announced in response to a question on Monday.

Officials from the two countries were set to meet in the Egyptian capital from November 29 to December 6 to discuss resuming inspections under the New START nuclear arms reduction treaty.

The United States and Russia have ways to manage nuclear risks through talks between intelligence agencies, a senior US diplomat told Russian state news agency RIA Novosti in a video released Monday.

The comments from Elizabeth Rood, Charge d’Affaires at the US Embassy in Moscow, come after CIA director Bill Burns met with his Russian intelligence counterpart, Sergey Naryshkin, in Turkey earlier this month.

“The United States has channels for managing risk with the Russian Federation, particularly nuclear risks and that was the purpose of CIA director Burns’ meeting with his Russian counterpart,” Rood said, adding, “Director Burns did not negotiate anything and he did not discuss a settlement of the conflict in Ukraine.”

The Joe Biden administration has dispatched Burns several times over the past year for talks with the Russians, using the veteran diplomat and former US ambassador to Russia as a key intermediary as US-Russia relations have continued to decline.

In a second video released by RIA, Rood said Washington continues to talk with Moscow about the release of Brittney Griner and Paul Whelan, two US citizens jailed in Russia.

“The United States, as we have said, has put a significant proposal on the table. We have followed up on that proposal and we have proposed alternatives,” she stated, adding, “Unfortunately, so far, the Russian Federation has not provided a serious response to those proposals.”

President Volodymyr Zelensky warned against more Russian missile strikes and asked Ukrainians to be prepared to withstand a new week of strain on the power grid.

“We understand that the terrorists are planning new strikes. We know this for a fact,” the president said in a nightly video address.

“And as long as they have missiles, they, unfortunately, will not calm down,” the president added.

“Our defence forces are getting ready. The entire country is getting ready,” he continued, noting, “We have worked out all the scenarios, including with our partners.”

“Most of the problems are currently in the capital,” he underscored.

Ukrainian Prosecutor-General Andriy Kostin told the BBC in an interview that Russia’s attacks on the energy grid in Ukraine amounts to ‘genocide’.

People in Ukraine are facing energy shortages amid the freezing cold weather.

Energy usage restrictions have been applied in 14 regions across Ukraine as well as the capital Kyiv.

Kostin stated his office was investigating reports of more than 49,000 war crimes and crimes of aggression since Russia launched its full-scale invasion on 24 February.

He added that, as well as the attacks on the energy grid, 11,000 Ukrainian children had been forcibly deported to Russia.

NATO Secretary-General Jens Stoltenberg said engagement with Ukraine is costly for Europe but that the Western countries must not only maintain but also increase their support for Kiev.

“Rising food and energy bills spell hard times for many households in Europe. But we should remember that the people of Ukraine pay with their blood every day,” Stoltenberg told German Welt am Sonntag newspaper in an interview.

He accused Moscow of “trying to use winter as a weapon” by bombing energy infrastructure in Ukraine.

Incessant shelling by the Russians in Ukraine has damaged nearly 32,000 civilian properties and more than 700 critical infrastructure facilities, according to Ukrainian officials.

“As one would expect of terrorists, they (Russians) target civilian properties. To date, about 32,000 such properties have been damaged by Russian missiles and shells. These are primarily civilians’ private houses or apartment buildings,” said Yevhenii Yenin, the first deputy minister of Internal Affairs.

He added: “Only 3 per cent of recorded attacks have been on military facilities.

“As of now, more than 700 critical infrastructure facilities – airfields, bridges, oil depots, electricity substations, etc – have been hit by the Russian soldiers,” he continued.

British Prime Minister Rishi Sunak plans to promise today to maintain or increase military aid to Ukraine next year, and to confront international competitors “not with grand rhetoric but with robust pragmatism”.

“Under my leadership we won’t choose the status quo. We will do things differently,” Sunak said in an extract released of his first major foreign policy speech, which he plans to deliver today in London’s financial district.

He added his priorities would be “freedom, openness and the rule of law.”

“In recent weeks we are effectively receiving information that signs have appeared that they are possibly preparing to leave the [plant],” Kotin said on national television.

“Firstly, there are a very large number of reports in Russian media that it would be worth vacating the [plant] and maybe worth handing control [of it] to the International Atomic Energy Agency [IAEA],” he added, referring to the United Nations nuclear watchdog. “One gets the impression they’re packing their bags and stealing everything they can.”

Asked if it was too early to talk about Russian troops leaving the plant, Kotin noted on television: “It’s too early. We don’t see this now, but they are preparing [to leave].”

“A few months ago, I said that Asia was premature,” the RIA news agency quoted Dyukov as saying.

“But now, it is an opportunity that we should consider,” he added.

Global and European football’s governing bodies, FIFA and UEFA, decided in February that all Russian teams, whether national or club sides, would be suspended from participation in FIFA and UEFA competitions after Moscow launched its invasion of Ukraine.

The Court of Arbitration for Sport (CAS) in July dismissed appeals filed by the RFU and four Russian clubs against FIFA and UEFA’s decision to ban them from all competition until further notice.

“I have not spoken to representatives from Asia yet because there is UEFA. They consider us a member of the European family,” Dyukov stated, noting, “It would be unseemly of us to start negotiations over their heads.”

The mayor of Kyiv, Vitali Klitschko, has hit back against criticism by Ukraine’s president over measures to help residents withstand power cuts, describing disputes as “senseless” during Russia’s military campaign.

Klitschko said 430 “warming centres” were helping residents cope with the effects of Russian attacks on power stations and more than 100 more were planned in case of extreme weather.

President Volodymyr Zelensky noted last week that there were a lot of complaints about measures adopted in the capital.

“I do not want to become involved in political battles, particularly in the current situation,” Klitschko noted in a video posted on Telegram.

“That is senseless. I have things to do in the city,” he added.