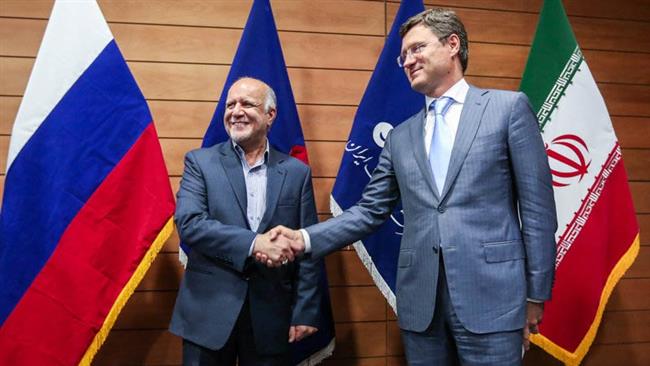 Russia is apparently trying to placate Iran after a surprise agreement with Saudi Arabia on freezing oil production.

The abortive effort came in the midst of Iran’s efforts to redeem its market share with stepped-up oil production after the lifting of sanctions.

With Tehran and Riyadh on bad terms over a series of issues, Venezuelan, Qatari and Iraqi oil ministers headed to Tehran on a whirlwind trip to seek Iran’s hand in the Doha agreement.

While little information trickled to the media about what went on in the closed-door meeting, the outcome was somehow predictable.

In a bid to keep up appearances, Minister of Petroleum Bijan Zangeneh said after the talks that Iran supported any effort to stabilize oil prices, including cooperation between OPEC and non-OPEC oil producers.

Zangeneh said while he supported a production “ceiling” to stabilize oil prices, it’s the first of several steps that should be taken.

Other Iranian officials, however, cast aside the diplomatic language. Iran’s OPEC envoy said it was “illogical” to ask Iran to freeze its oil production level.

“Asking Iran to freeze its oil production level is illogical. When Iran was under sanctions, some countries raised their output and they caused the drop in oil prices. How can they expect Iran to cooperate now and pay the price?” Mehdi Asali said.

Zangeneh also indicated that Tehran would not agree to freezing its output at January levels, saying the country would not give up its appropriate share of the global oil market.

On Saturday, Novak said Iran has constructively reacted to the proposal to freeze oil production but is not yet ready to join other countries in the agreement.

“As I’ve said before, Iran has quite constructively reacted as a whole to the proposals that are currently being discussed by our four partners, but I’d say that Iran isn’t ready to join them yet,” Novak told Rossiya television network.

The remarks seemed intended at appeasing Iran as Russian Deputy Minister of Energy Anatoly Yanovsky also said a decision to provide Iran with a loan has no connection to Tehran’s stance on freezing the oil output.

“These things are not related, they are completely different. If we talk about a loan, this loan is for specific investment projects which are of mutual interest,” Deputy Minister of Energy Anatoly Yanovsky said on Saturday.

Last month, Russian Deputy Finance Minister Sergei Storchak said that Moscow and Tehran were in talks over Russia granting a $5 billion loan to the Islamic Republic.