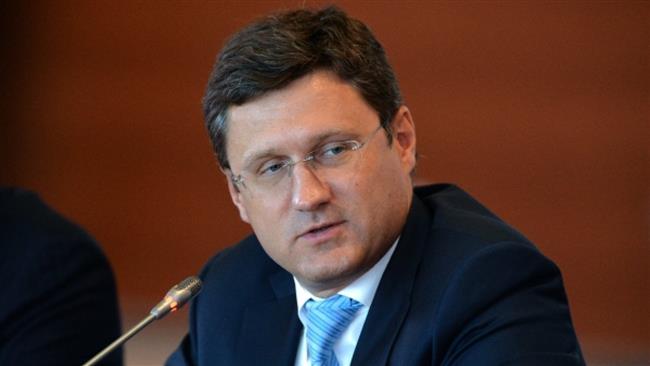 Russia’s Energy Minister Alexander Novak on Sunday praise Iran for adopting what he described as a “constructive role” toward proposals by key producers to stabilize oil prices.

Novak has been quoted by the media as saying that Iran has had a constructive approach toward a proposal that specifically calls for keeping the output at the current levels.

Iran’s oil officials are yet to comment on this.

The Russian energy minister further added that negotiations between producers on ways to push up the prices are still ongoing, and that Venezuela’s oil minister has informed him about the results.

“So far, a number of producers have voiced readiness to keep their output at the current levels,” Novak has been quoted as saying.  “The overall production of those countries makes up some 75 percent of the total global oil production.  Therefore, we have been able to obtain the agreement of producers as much as needed,” he added.

Last week, Iran said a quadripartite meeting that it hosted with the visiting oil ministers of Venezuela, Iraq and Qatar over measures to boost oil prices had ended with an agreement for OPEC and non-OPEC oil producers to keep their current output ceiling to help stabilize the market and boost the prices.

“It was decided that OPEC and non-OPEC producers keep their current ceiling to help stabilize the market and improve the prices to the benefit of both the consumers and the producers,” Zangeneh told reporters after the meeting.

Earlier, oil ministers from Venezuela, Qatar, Saudi Arabia and Russia had met in Doha to discuss ways to stabilize the market. They had announced at the end of the meeting that they had agreed to freeze output in a bid to shore up prices after a 70 percent drop due to chronic oversupply.

On Saturday, Venezuela’s President Nicolas Maduro said he was sending new proposals to key oil producers in an attempt which it says is meant to help stabilize the prices without providing any explanations.