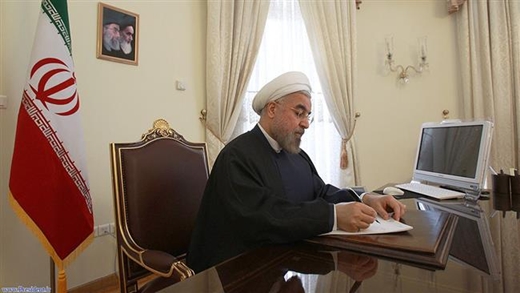 Reforms are necessary to remove the obstacles in the way of the competitive industrial output and to enhance the efficiency of the overall financial structure, President Rouhani said.

Iran’s President Hassan Rouhani in a directive on Saturday ordered the implementation of a series of reforms in the country’s financial and banking systems.

President Rouhani in his directive that has been addressed to his First Vice President Eshagh Jahangiri has emphasized that reforms are needed to help promote the Iranian economy simultaneous with the advancements in the area of foreign policy.

Reforms, he added, are necessary to remove the obstacles in the way of the competitive industrial output and also to enhance the efficiency of the overall financial structure.

To do this, he added, it is necessary to overcome certain challenges that have resulted from a lack of discipline in different sections of Iran’s financial structure, specifically during the period that the country was obtaining huge revenues from high oil prices.

Rouhani has warned that those challenges have already become even more difficult after the implementation of the banking and financial sanctions against Iran.

The Iranian president has accordingly called on Jahangiri to devise a comprehensive financial reforms plan. The plan needs to provide mechanisms to reform Iran’s banking system, help the development of the capital market and also organize the government’s debts.

Jahangiri has been required by Rouhani to use the help of Minister of Economy and Financial Affairs Ali Tayyebnia and the Governor of the Central Bank of Iran Valiollah Seif as well as any other related official to prepare the plan.