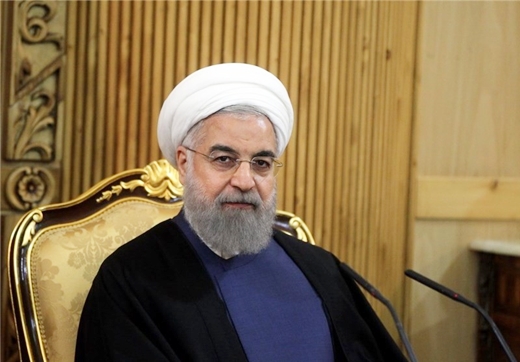 He also paid tribute to the Iranian nation, especially women, for their massive turnout in the elections and said for the first time in the history of the country, 18 seats in the parliament are going to women.

Saying that striking a nuclear deal with six world powers helps remove many obstacles towards national progress, the President slammed certain pessimistic elements who are trying to downplay this achievement.

He said this was a day of hard work for the nation, but that people certainly need resources and technology to achieve their objectives.

Honoring the achievements of MAPNA industrial group as a knowledge-based organization, the President said Iran favours those economic units which are strong enough to enter international competitions to raise their income.

Stressing that in the past four decades the domestic economy lacked resources to generate enough employment in the country, President Rouhani underlined the need for lower inflation rates, which he said would guarantee job security and the purchasing power of workers.

He said his government was proud to say it paid workers wages and salaries above the inflation rate, and promised to get a single-digit inflation rate for the country by end of the current Iranian year (set to end March 20, 2017).

He said a growing economy which could provide job security to workers has to improve its infrastructural indexes to be able to attract the needed investment.

He said it is not just presidents visiting Iran with their deputies, but the owners of up to 200 major companies accompanying them to Tehran.

“They come here and talk with Iranian entrepreneurs and strike deals with them,” he added, citing the visit of the Kazakh president, during which 53 documents were signed, or the visit of the South Korean president with a large economic delegation.