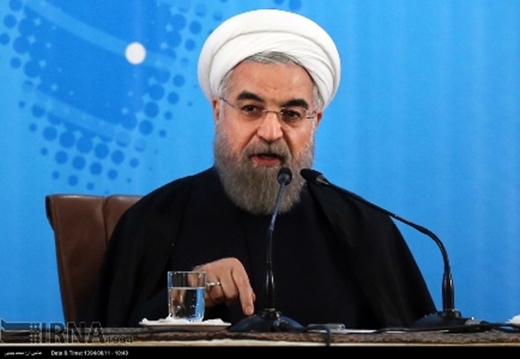 In a meeting with Iran’s new ambassadors to a number of countries, President Rouhani said implementation of the nuclear deal has created suitable opportunity for expansion of cooperation with the world countries.

President Hassan Rouhani said on Saturday that the Islamic Republic of Iran heralds the international campaign against terrorism and will spare no efforts to bring stability and security to the countries in the region.

President Rouhani made the remark in a meeting with Iran’s new ambassadors to Senegal, Thailand, the Philippines, Belgium, Pakistan, Denmark, Greece, Sri Lanka and Malaysia.

President Hassan Rouhani said that implementation of the Joint Comprehensive Plan of Action has created suitable opportunity for expansion of cooperation with the world countries.

Arba’een was a good opportunity for demonstrating the power of Islam in the world, President Rouhani said.

The Islamic Republic of Iran is willing to develop solidarity and unity among Islamic Ummah, he said, adding that the country will broaden ties and relations with other countries as well as brotherhood and affinity among world Muslims.

President Rouhani prayed for success of the Iranian ambassadors on their mission. The new ambassadors vowed to do their best to upgrade relations and cooperation with other countries.