Rouhani: Everyone happy with JCPOA except Zionists 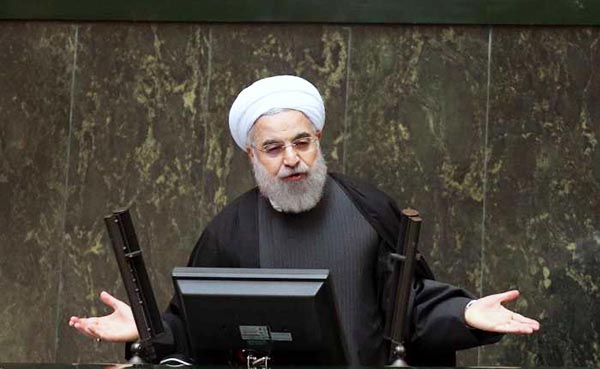 President Hassan Rouhani said everyone is happy with implementation of the Joint Comprehensive Plan of Action (JCPOA) except Zionists.

Addressing the Iranian parliament here on Sunday morning, the President said no one suffered any defeat neither in nor out of Iran due to nuclear agreement except for the Zionists, those who are seeking to sow discord within the Islamic Ummah and also extremist lobbies inside the United States.

He said the JCPOA will pave the way for Iran to move towards progress, interaction with the world and coordination.

He also termed the nuclear talks as a golden page in the book of country’s history and said during the negotiations Iran managed to bring big powers to acknowledge its nuclear rights while at the same time foiling an Iranophobia scheme.

The President added removal of sanctions is a great opening for Iran’s economy as it will provide access to international banking services as well as high-tech resources to Iran and will enable the country to absorb direct foreign investment and increase its non-oil exports.

He went on to reiterate the importance of avoiding focusing on any marginal issues in a bid to help better implementation of the Joint Comprehensive Plan of Action (JCPOA).

Now in the post-sanctions era, he said, the government is going to focus on working out productive ways to use the released assets to enhance economy.