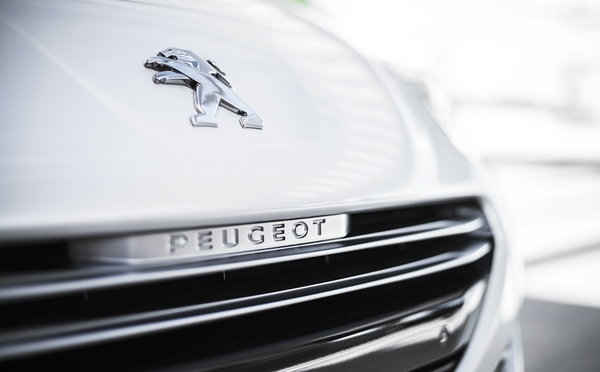 The French auto manufacturing company PSA Peugeot Citroen started its negotiations with the Iranian side a few months before Iran and the Group 5+1 (Russia, China, the US, Britain, France, and Germany) implemented a deal over Tehran’s nuclear energy program. The French knew that the Iranians are too dissatisfied with their re-entrance to the country’s market, and that they will need more time to revive the severed ties between Peugeot and Iran Khodro Company (IKCO), the leading Iranian car manufacturer. Therefore, there was no time to waste.

The two Iranian and French carmakers held extensive reconciliatory talks during the months leading to the implementation of the nuclear deal (JCPOA). The Iranian President Hassan Rouhani also signed contracts during his recent visit to France. However, it seems that neither of the two moves has helped the train of industry and trade to get back on the track of co-operation.

A summary of two independent reports by Fararu news website translated by Iran Front Page (IFP) clearly shows that the road ahead of Peugeot cars in the Iranian market is not that much paved. Does the French partner of IKCO, the largest carmaker in the Middle East, enjoy the marketing skill to restore its lost reputation for a powerful return to the major and competitive market of the new Iran? Such renowned brands as Mercedes Benz, Fiat, and the like are coming!

An Iranian lawmaker Alireza Zakani has announced that the parliament is preparing a plan to boycott the French carmaker Peugeot.

Despite the contract Peugeot had with Iran until 2014, it unilaterally terminated its implementation two years before the end of the contract, Zakani told Fars News Agency.

This incurred heavy losses on the Iranian side, the IKCO, and consequently, customers of Peugeot cars in Iran were faced with a lack of services and car parts, he added.

He further pointed to certain reports indicating that the French side has refused to transfer the technology to its Iranian partner during 17 years of IKCO’s co-operation with Peugeot, and the Iranian side is always assembling car parts, being dependent to France in major technologies.

Therefore, he added, Iranian parliamentarians have considered the continuation of partnership with Peugeot as being against national interests.

The lawmakers have boycotted the French company to encourage domestic carmakers to work with the world’s best auto manufacturers, Zakani noted.

He also referred to the remarks recently made by Iranian Minister of Industry, Mine, and Trade Mohammad Reza Nematzadeh on the secrecy of the contract with Peugeot, saying that such a secrecy is not acceptable since the IKCO is a state-owned factory.

If these Iranian carmakers were owned by the private sector, the contracts could be secret, but they are state-owned and belong to all the Iranian people, he said, stressing that the carmakers cannot keep secrets on such contracts, and the parliament members should monitor the details.

“The country does not have a good experience of these secret deals,” he added.

Managing Director of Iran Khodro Company Hashem Yekke Zare announced that the IKCO has told the French company during the negotiations that Peugeot was the one that left Iran and incurred losses on IKCO, and thus should compensate.

He further explained about the contract with Peugeot, saying that it is very beneficial for Iran, and that IKCO has insisted on its interests during the negotiations.

Yekke Zare also touched upon the secrecy of the contract, and noted, “At the international level, the contracts made between carmakers are usually not publicized.”

The IKCO chief also noted that 80% of the contract with Peugeot can be publicized, but the rest, 20%, is secret.