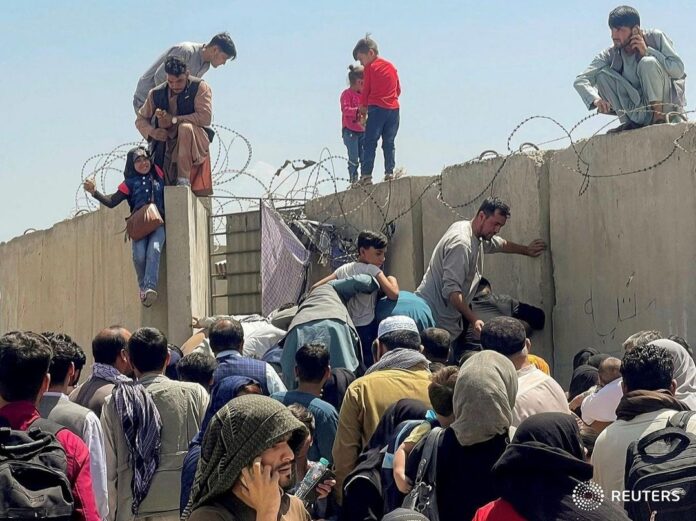 Human rights groups accuse the European Union of failing to do enough to assist Afghans living in fear of Taliban rule.

Several refugee groups have also called on the bloc to increase its support for refugees trying to flee Afghanistan.

“The EU should be sharing, rather than shirking, the responsibility to offer them protection,” a joint statement read.

The letter was signed by 24 non-governmental organisations, including Amnesty International, Caritas Europa, the International Rescue Committee, Oxfam, and the Red Cross.

The groups warned that 18 million people are in urgent need of humanitarian assistance in Afghanistan – nearly half the population – and that thousands still want to leave the country.

They called on the EU to set up safe pathways for Afghans in need of protection, as well as an “ambitious” resettlement programme in Europe.

More than 630,000 people have been forced from their homes so far this year due to violence and drought.

In excess of 100,000 people were airlifted out of Kabul late last month after President Joe Biden announced that US troops would withdraw, and the Taliban seized control of Afghanistan in just a few weeks.

According to new figures from the European Asylum Support Office (EASO), asylum applications by Afghans numbered 7,300 in July – a 21% increase over June and the fifth consecutive monthly rise. Almost 1,200 were unaccompanied minors, EASO reported.

More than half of asylum applications by Afghans in Europe are rejected.

Despite the rise in applicants, the EU face no immediate arrivals, with most Afghans are sheltering in neighbouring Iran and Pakistan, as well as Uzbekistan and Tajikistan.

Some European governments have also expressed concern about a repeat of the 2015 migrant crisis when more than one million people entered Europe, many fleeing conflicts from Syria.

“We regret the misleading and alarmist rhetoric expressed by some European leaders in the past weeks,” the rights groups said.

The organisations added that these concerns could “raise barriers” to the integration of refugees into European societies.