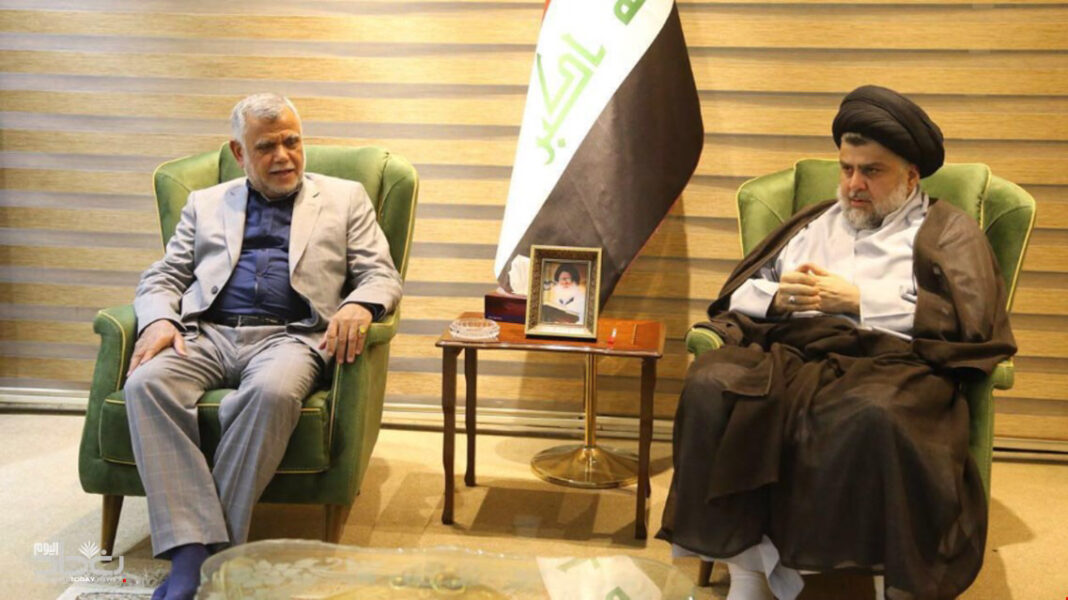 The leaders of two key Shia political groups in the Iraqi parliament have reportedly held a coordination meeting in the city of Najaf, in a first meeting after the controversial elections that saw the Muqtada al-Sadr bloc win a majority.

Shafaq News quote an informed source as saying that the meeting between Muqtada al-Sadr and Hadi al-Amiri, the Secretary General of the Badr Organization, focused on formation of a majority coalition in the parliament to form the next government.

The source said the issues of Iraq’s Popular Mobilization Units and coordination among Shia groups for security decision-making in the next government were also on the agenda of the talks.

Other reports said the Fatah Alliance, which involves Badr Organization as a key member, and Sadr Party, are planning to form a majority parliamentary coalition.

But Fatah official largely disputed the results saying the US and other foreign players pressured the Iraqi federal court to confirm the outcome.

Fatah officials, including Amiri, however, later accepted the court ruling and the results.