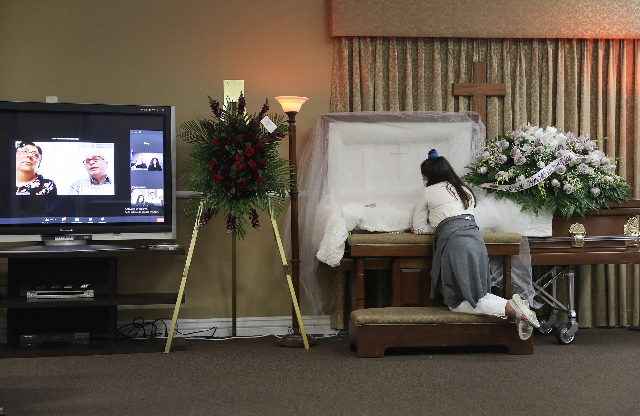 Deaths associated with coronavirus have deprived at least 140,000 US kids of a caregiver, a new modeling study shows. The racial and ethnic minorities were much more likely to be affected.

Tens of thousands of children in the U.S. have lost a parent to Covid-19, according to research published Thursday in Pediatrics — a devastating consequence of the coronavirus pandemic that experts say will have ramifications for years to come.

The research, which pulls from a wide range of data about births, deaths and household compositions, estimated that 129,630 children lost a primary caregiver to Covid-19.

Another 22,007, according to the new research, lost a secondary caregiver, such as a grandparent who was living in the home.

Even that may be an underestimate, said the study’s lead author, Susan Hillis, a member of the Centers for Disease Control and Prevention’s Covid-19 Response Team.

The study included data only from April 2020 through the end of June 2021 — just as the supercontagious delta variant was beginning to take hold.

“Once a child loses a parent or caregiver, they’re going to need help until they’re at least 18 to 24,” Hillis noted, stating, “It will be a problem that lasts for many years.”

The president of the Robert Wood Johnson Foundation, Dr. Richard Besser, a former acting director of the CDC, agreed.

“What this study points to is that the impacts of Covid go way beyond that,” he added.

Besser, a pediatrician, said children who lose a primary caregiver are at risk of other problems, such as the risk of eviction and having to switch schools.

Nearly a quarter of U.S. children live with just one parent, according to Pew Research released in 2019, the latest year for which data are available.

The new estimate of children left without a parent is much higher than previous assessments were.

Rachel Kidman, a social epidemiologist at Stony Brook Medicine in New York, reported in April in JAMA Pediatrics that up to 43,000 U.S. children were affected by a parent who died of Covid.

Kidman noted she was saddened to see the rise in the numbers of affected children.

“We have had more deaths in 2021 since the vaccine became available than we had in all of 2020,” she continued, adding, “These deaths are skewing younger, which means more parents are dying.”

Losing their parents will have long-term impacts on the lives of children, Kidman said, adding they are “the most important adults in their life — the person who nurtures them, who protects them, who provides for them”.

The new CDC research also found tremendous racial and ethnic disparities. While 1 out of 753 white children lost a caregiver to Covid-19, 1 out of 412 Hispanic children were similarly affected, and 1 in 310 Black children had a parent or a caregiver die.

The study found that 1 in 168 American Indian and Native Alaskan children lost a parent.

The ratios deviate dramatically from the actual racial and ethnic breakdown of the U.S.

Census data show that about 60 percent of the U.S. population is white and that about 40 percent identify with racial or ethnic minority groups.

In contrast, 65 percent of children who lost parents to Covid-19 are in racial and ethnic minority groups, compared to 35 percent who are white, Hillis added.

“It’s really one of the most extreme disparities I have ever seen,” she continued.