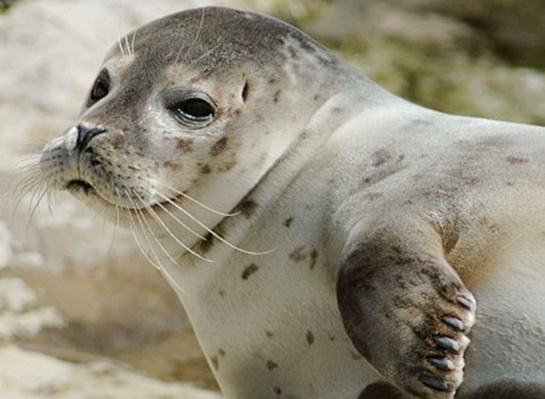 Reports indicate that some 105 marine species, mainly mammals, birds and reptiles living in Iran’s seas and lakes, are heading toward extinction.

However, the fact that Iran’s main water bodies (the Caspian Sea in the north and the Persian Gulf in the south) are shared with other countries makes protection of sea animals a matter of regional concern.

The Framework Convention for the Protection of the Marine Environment of the Caspian Sea, also known as the Tehran Convention and adopted in 2003, is the first legally binding regional agreement signed by all five Caspian littoral states (Iran, Azerbaijan, Kazakhstan, Russia and Turkmenistan). It lays down the general requirements and the institutional mechanisms for environmental protection in the Caspian region.

“A biodiversity protocol has been devised within the framework of the convention but has not been signed by the member states yet,” said Davoud Mirshekar, director of Marine Ecosystems at the Department of Environment, calling for more cooperation and swift action to save the endangered animals.

To prevent and combat pollution in the Persian Gulf and the Sea of Oman from various sources, the Kuwait Regional Convention for Cooperation on the Protection of the Marine Environment from Pollution, known as the Kuwait Convention, was adopted in 1978 and signed by Bahrain, Iran, Iraq, Kuwait, Oman, Qatar, Saudi Arabia and the UAE. The biodiversity protocol of this convention has been agreed upon and will soon come into force.

According to Mirshekar, the release of pollutants and waste into the seas is the main cause of the reduction of these animals. “No matter where pollutants are released, they reach rivers and seas in the end through precipitation,” he was quoted as saying by ISNA.

Pollution from oil and gas refineries is the most severe issue in the Caspian Sea, which threatens the life of various species, including the Caspian Seal. “The seal is on top of the food chain in the Caspian waters and if it goes extinct, it portends disastrous changes in the region’s environment,” said Amir Sayyad Shirazi, an environmentalist.

He added that even “radioactive substances” have been found in the mammal’s body, pointing to a new kind of pollution affecting the sea.

Mirshekar said lack of food, overexploitation of resources and climate change also contribute to the risk. “Coral reefs and Hara (mangrove) forests are habitats where numerous species reproduce, but as waters become warmer and temperatures exceed the range of tolerance, corals begin to bleach and die. This may in turn pave the way for non-indigenous species to invade the habitats and threaten the survival of native species,” he said.