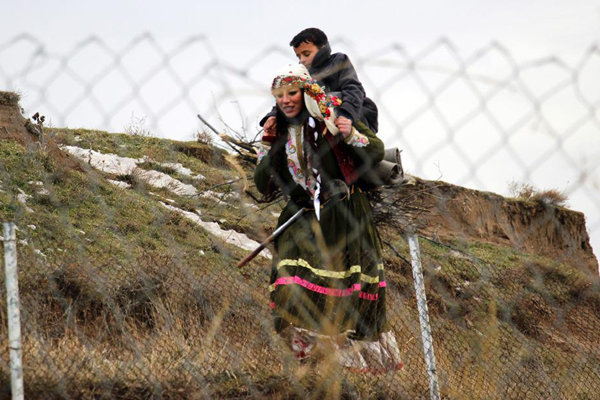 Directed by Rahim Toufan, Red Peace has attended many film festivals across the world, including Marbella film festival in Spain and Sulaymaniyah Film Festival in Iraq, Mehr reported.

Red Peace is a bilingual Kurdish-Turkish tale of an unfulfilled love between a Syrian refugee girl and a Turkish border patrol. Syrian refugees welcome the tryst as an opportunity to cross the border. The girl grapples with choosing her family or the Turkish patrol’s love when she discovers that she has been abused by his family as a means to deflect the Turkish patrol from his duties.

Catherine Aslani, Hashem Qadimi, Hossein Khani and Somayyeh Toofan are among the cast.

The film is set in mountainous and forest countryside of Ardebil, and filmed under extreme weather conditions.