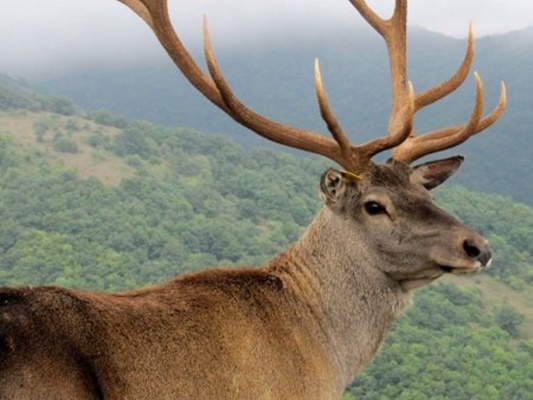 The recent birth of four baby red deer in Semeskandeh Wildlife Refuge in Sari, Mazandaran Province, has lifted the spirits of officials and activists, and increased the critically endangered animal’s chances of survival.

Prior to the birth of the four fawns, the red deer, or maral deer, numbered only 21 in the wildlife refuge.

The red deer is the largest species of deer in Iran and its habitat stretches from the southern shores of the Caspian Sea to as far as North Khorasan Province in the northeast.

Illegal hunting and deforestation of the Caspian Hyrcanian Forests (where the animal is found) have caused a major drop in the population of the mammal, putting it at serious risk of extinction.

Conservation efforts are made all the more difficult by the fact that maral’s gestation period is around 8.5 months and the female deer gives birth to one fawn at a time.

Bahram Faghani, the head of Department of Environment’s office in Sari, Mazandaran Province, said the mortality rate of red deer “has decreased significantly over the past few years”, Mehr reported.

With an area of 937 hectares, Semeskandeh Wildlife Refuge is a lowland forested hillside located in southeast Sari. The refuge is also home to the Persian fallow deer, a species that has been listed as an endangered species under the International Union for Conservation of Nature’s Red List since 1986.

The animal’s main habitat is the province of Khuzestan in southern Iran but is kept in Semeskandeh for conservation purposes.