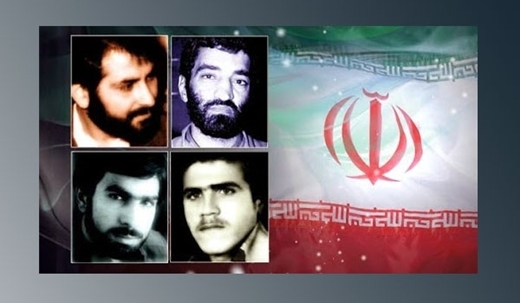 A Greek prisoner who was recently freed from an Israeli jail disclosed that the four Iranian diplomats who had been abducted by Phalange forces in Northern Lebanon in 1982 are still alive and in Israel's custody, media reports said.

The then charge d’affaires of the Iranian Embassy in Beirut, Seyyed Mohsen Mousavi, military attaché Ahmad Motevaselian, embassy technician Taghi Rastegar Moghadam and IRNA journalist Kazzem Akhavan were kidnapped by the Lebanese mercenary army – also known as the Phalange forces – at gunpoint in Northern Lebanon in 1982 and were later handed over to the Israeli army.

“All the four Iranian diplomats kidnapped in Lebanon are currently in Israeli jails,” the Arabic-language al-Rai al-Youm quoted an unnamed former Greek prisoner who spent many years in Israeli jails as saying.

Al-Rai al-Youm also wrote that some other prisoners freed from Israel’s prisons also said that they had witnessed the Iranian diplomats in one of Israeli jails.

Al-Rai al-Youm‘s journalist, Yassin Jamil, said that according to an authentic security report, the former Greek prisoner had informed the Iranian embassy in Athens upon his release and return that the four abducted Iranian diplomats are being held in an Israeli jail.

Meanwhile, martyred Palestinian activist Ahmad Habibollah Abu Hesham, who himself was jailed in Israeli prisons for many years, also disclosed that Motevaselian and other abducted Iranian diplomats were in Israel’s Atlit prison.

The paper wrote that Abu Hesham, also known as the spiritual father of prisoners in Israeli jails, died on May 15, 2002 near the town of Kafar Manda from internal bleeding he suffered in an accident staged by Israel.

Israel has released contradictory reports on the issue, saying in a statement last year that the diplomats had never been handed over to Israel. Elsewhere, it claimed, in response to a request put forward by the Lebanese Hezbollah group, that the four are already dead.

In January 2009, the then Iranian foreign ministry spokesman said that Iran had received a report from Israel which said the kidnapped Iranian diplomats had not been transferred to Tel Aviv, and laid the blame on the Lebanese mercenary army affiliated with Israel.

In reaction to the report, the spokesman said at the time that the report “will not relieve the Zionist [Israeli] regime of its responsibility” for the health and safe repatriation of the diplomats.

On Saturday May 28, Iran reiterated that the four diplomats abducted in Lebanon in 1982 are still alive and imprisoned by Israel, including a former commander of the Islamic Revolution Guards Corps (IRGC) General Ahmad Motevaselian, who served as a military attaché.

“We want our dear brother Mr. Ahmad Motevaselian back from the Zionist regime, since this [kidnapping] incident happened in a region which was under the control of the Israeli regime’s affiliates,” Secretary of Iran’s Expediency Council (EC) and former IRGC top commander Mohsen Rezaei told FNA.

He underlined that Iran will not accept that Motevaselian is in any other place than Israel.

Rezaei also said that the freedom of the Iranian diplomats has always been a fixed issue raised in talks with officials of Lebanon’s Hezbollah resistance group.

His remarks came after Iranian Defense Minister Brigadier General Hossein Dehqan announced last Monday May 23 that Iran is in possession of corroborative evidence proving that its four diplomats abducted in Lebanon in 1982 are still alive and incarcerated in Israel.

“We claim on the basis of evidence that they are alive and incarcerated by the Zionist regime,” General Dehqan said in an interview with Defa Press.

He underlined that the Israelis are responsible for the health of the Iranian diplomats, adding that Tehran will pursue their fate legally and politically.